Welcome to our Christmas concert, broadcasting live! If you love Christmas carols, classical music and readings, then stay with us tonight. Big thank you to the guys from Classic FM and Trickbox TV for bringing our entire concert directly to your news feed. Sit back and enjoy - have a lovely evening everyone!

About The Performance
Appeal Video

Entitled ‘Darkness into Light’, the MS Society Christmas Concert at St. Paul’s Cathedral will be a memorable and enjoyable evening of music, carols and readings. It will be a wonderful opportunity to enjoy this historical and stunning venue.

A number of world class solo artists have confirmed their performance, as listed below. During the concert, actors and supporters of the MS Society will read a series of unique pieces entitled Four Days, specially written for the concert by world- renowned British playwright and screenwriter, Abi Morgan. (Readers names to be confirmed at a later date).

Classic FM will be broadcasting the concert.

Abi Morgan also has a number of films in development, including Taming of the Shrew for Working Title, Little House on the Prairie for Scott Rudin Productions and Ashley’s War for Fox 2000. 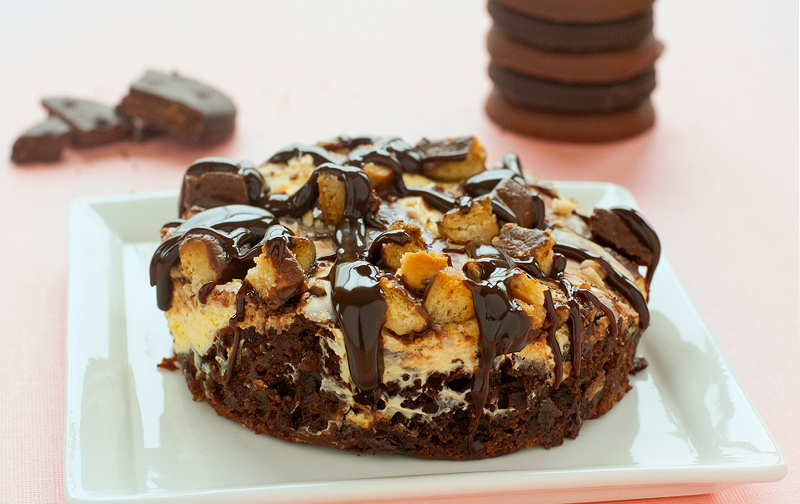 John Mark Ainsley has performed in concert with some of the most renowned orchestras, including the Vienna, Rotterdam and New York Philharmonic orchestras and London, Berlin, San Francisco, Boston and Chicago Symphony orchestras. He has appeared with many major celebrated conductors including under Sir Colin Davis, Carlo Maria Giulini, Mstislav Rostropovich, André Previn and Sir Simon Rattle.

John Mark Ainsley won the Royal Philharmonic Society Singer Award and is a Visiting Professor at the Royal Academy of Music.

Internationally acclaimed, Grammy and Juno-award- winning Canadian bass baritone Gerald Finley began singing as a chorister in Ottawa before completing his musical studies in the UK at the Royal College of Music, King’s College, Cambridge, and the National Opera Studio.

He performs with all the major orchestras of the world, in oratorio and symphonic repertoire, notably the New York Philharmonic, the Boston Symphony, London Symphony, the Concertgebouw, and the Berlin Philharmonic. With the London Philharmonic his CD “Arias in English” won the 2011 Juno Award.

In 2012, he was honoured by Opera Canada with a Ruby Award. In 2014 he was appointed an Officer of the Order of Canada.

John Tomlinson was born in Lancashire. He gained a B.Sc. in Civil Engineering at Manchester University before winning a scholarship to the Royal Manchester College of Music. He was awarded a C.B.E. in 1997 and knighted in the Queen’s Birthday Honours of 2005.

John Tomlinson’s engagements include performances at La Scala, Milan, Rome, Barcelona, Geneva, Lisbon, New York, Chicago, San Francisco, San Diego, Paris, Amsterdam, Berlin (Deutsche Oper and Deutsche Staatsoper), Dresden, Hamburg, Frankfurt, Munich, Vienna and Bilbao and the Festivals of Bayreuth (where he sang for eighteen consecutive seasons), Orange, Aix-en- Provence, Salzburg, Edinburgh and the Maggio Musicale, Florence. He has sung regularly with English National Opera since 1974 and with the Royal Opera, Covent Garden, since 1977 and has also appeared with all the other leading British opera companies.

Catherine Wyn-Rogers studied at the Royal College of Music and works with Diane Forlano. She appears regularly at the BBC Proms, Wigmore Hall and the Three Choirs, Edinburgh and Aldeburgh festivals. She has performed with Slatkin, Haitink, Andrew Davis, Colin Davis, Rozhdestvensky, Mackerras, Norrington and Mehta, and has recorded extensively for the major labels.

A regular guest of the Bavarian State Opera, English National Opera and Royal Opera House, she has also performed at the houses of Chicago, Houston, Milan, Amsterdam, Dresden, Madrid and Paris; the Scottish Opera, Welsh National Opera and Opera North; the Salzburg, Glyndebourne and Verbier festivals. She sang Erda and Waltraute in Valencia and Florence with Zubin Mehta, and Adelaide (Arabella) for the Metropolitan Opera.

Soul Sanctuary Gospel Choir is a pioneering London gospel choir on a mission - to share the joy, power and soulful groove of contemporary gospel music with those who wouldn’t normally get a chance to experience it. For 10 years, Soul Sanctuary have been helping to spread gospel music among Catholic, Anglican, and other non- Pentecostal churches. They've even created a dedicated 'toolkit' of resources to help churches that wish to start their own home-grown gospel choirs.

Outside of church, the choir loves to perform live: their appearances include a sell- out 'Nine Lessons and Carols' (gospel-style!) at the famous Jazz Cafe, and broadcasting to millions on BBC Radio 2 and Radio 4 at Easter.

The choir's eclectic and exhilarating repertoire embraces jazz, soul, and even PJ Harvey, whilst remaining firmly rooted in gospel music.

Simon Johnson is the Organist and Assistant Director of Music at St Paul’s Cathedral, leading the wide-ranging organ-programme, accompanying the world- famous choir and directing the Cathedral Consort.

Simon has been involved in all the national occasions that have taken place at St Paul’s since his appointment in 2008, including the funeral service of Baroness Thatcher and the Diamond Jubilee and 90 th birthday celebrations of Her Majesty the Queen. He can be heard as both soloist and accompanist at St Paul’s on recordings for the Hyperion and Decca labels and recently took on the monumental project of recording Holst’s The Planets for Priory. His yearly extravaganzas for the Lord Mayor’s Show in London have seen collaborations with Jo Brand and Alistair McGowan (Peter and the Wolf), and Brian Blessed (Animal Parade).

Outside of St Paul’s, Simon enjoys a diverse and busy freelance schedule. Recitals have taken him all over Europe and the USA, as well as to many of the premier venues in the UK. He has performed with groups such as the LSO, RPO, and The Sixteen and worked with Wes Anderson on the Oscar, Bafta and Grammy award- winning soundtrack for The Grand Budapest Hotel.

As a director he became well-known through his work with the St Albans Abbey Girls’ Choir, leading them in several highly-acclaimed recordings and tours. Recently he has conducted Bach’s St John Passion, Duruflé’s Requiem, Bruckner’s Mass in E minor, Saint-Saëns’ Symphony No 3 and Messiaen’s L’Ascension as part of the cathedral’s ongoing partnerships with orchestras in London. He has taken part in the premières of works by many of the world’s leading composers and his own commissioned Gloria for choir, brass and organ was published by OUP last year.

Since graduating from The New York Conservatory For Dramatic Arts, Alice has featured in many TV, film, theatre and radio productions including playing the title role in the Hallmark production of William and Catherine A Royal Romance; and a lead role in the BBC1 drama The Crimson Field, as field nurse Flora Marshall. She has appeared in US feature films Before I Sleep; and Sarah's Key, starring Kristen Scott Thomas and featured in BBC Radio 4 series Home Front and How To Flee From Sorrow. She is currently writing and filming a new comedy series.

In the theatre, she has recently been seen in Long Day’s Journey Into Night at The Bristol Old Vic and Ibsen’s Ghosts at the Almeida Theatre, West End and New York for which she won both an Olivier Award and the Critics’ Circle Best Actress Award.

She has worked extensively at the National Theatre appearing in Grief, Her Naked Skin, The Alchemist, Pillars of the Community, and His Dark Materials. At the Old Vic Theatre, Lesley appeared in Six Degrees of Separation and created the eponymous role in All About My Mother.

Much of her early career was spent at The Royal Court Theatre where she appeared in many plays including Top Girls, Serious Money, Rita Sue and Bob Too, The Pope’s Wedding and Three Sisters.

Peter Wight was seen on screen this year in Brief Encounters for ITV. Peter appeared in The National theatre’s production of The Red Lion in 2015. He has appeared in the Royal Court productions of Mouth to Mouth and The Seagull, which transferred to Broadway, both directed by Ian Rickson.

Theatre includes The Crucible (Walter Kerr Theatre, New York); Bakkhai (Almeida Theatre); and Mojo, for which he was nominated for the Best Actor In A Play Award at the WhatsOnStage Awards 2014 (Harold Pinter Theatre).

In conjunction with the MS Society Christmas Concert, we will be holding a silent auction. It will be a fantastic opportunity to bid on a selection of far ranging lots, from holidays in beautiful Italian villas, to salmon fishing in Caithness, to painting in Wiltshire, to unique collectors’ pieces.

The auction will open online at 12pm on 24th November.
It will close online on 7th December 4pm:

We awarded grants totalling around £1 million to 8 research projects investigating new effective treatments for all forms of MS, including a project looking at how simvastatin could be working for secondary progressive MS.

Our MS Helpline responded to 14,839 enquiries providing support and information to people affected by MS. We launched our new Services and Support Strategy, setting out how we’ll modernise and improve our services and support to reach even more people.

894 people attended our Living with MS information days to hear about the latest MS research, pick up tips on managging their MS, and connect with other people and families affected by the condition.

Greater certainty
about the future

3,174 people took part in an MS Register survey, giving researchers information that could improve the way people with MS are suported when discussing their prognosis with health care professionals. We Awarded £280,000 to projects seeking to understand how MS progresses.

As an official supporter of Carers Week, we promoted the need for carer-friendly communities. We attended a Carers Week networking event at the Houses of Parlement, telling 132 MPs about the support carers need.

We committed around £550,000 to 2 research projects exploring the causes of MS.

18,516 people signed our MS: Enough petition calling on government to make the welfare systems make sense for people with MS. Our local branches offered over 2,000 services and reached an estimated 13,000 people with MS.

The MS Society’s Christmas Concert is being held to raise funds for the MS Society and our Stop MS Appeal. Through the Stop MS Appeal our bold aim is to raise £100million over ten years for medical research which will change the course of the disease, transforming the wellbeing, outlook and quality of life for everyone affected by MS.

Right now is the most exciting time there has ever been for the treatment and management of MS. The MS Society and the scientific community believe that we are now at a critical juncture in MS research and that this major investment could unlock breakthroughs that are on the horizon. Quite simply we believe that, on the basis of excellent progress made so far, funding on this scale would permit completion of a research programme with the clear prospect of stopping MS.

We want to Stop MS in its tracks, and halt its progression. This is what people with MS want – no relapses, no accumulation of disability, and no uncertainty. An end to the devastating impact of MS is within our grasp. Together we can Stop MS.

This week, we're applauding all family members and friends supporting someone with #MS. Who is your biggest support?