Burberry, the quintessentially British brand, founded by Thomas Burberry in 1856, has come from being what Christopher Bailey described as “a diamond trodden into the ground, needing to be cleaned”, to a British fashion, tech-savvy powerhouse. That said, it hasn’t always been the diamond in the crown of British fashion.

Burberry; the brand that clothed Ernest Shackleton for his Antarctic expedition, designed the trench coat worn by officers in WW1, and iconised its check print, becoming as British as the Liberty print. However, in the early noughties the fashion brand became a victim of its own success.

It was in this time that the distinctive camel-coloured check became a little less iconic for the fashion label, and let’s just say, a little less desirable. 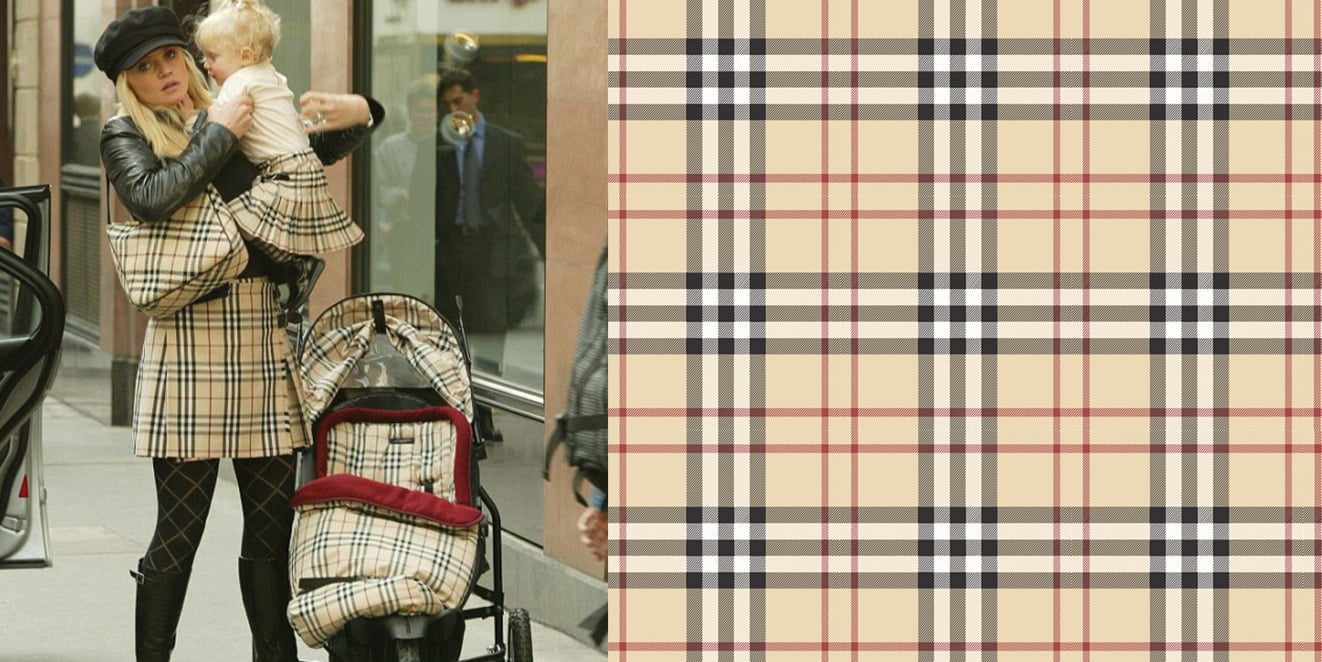 Luxury is exclusivity, and Burberry were no longer part of that exclusive club. Previously worn by the fashionably elite, it was now a firm favourite and uniform of the ‘chav’ and ‘football hooligan’. ‘Chav-check’ was everywhere; it had gone mainstream, accessible luxury at its absolute worst. In the words of social commentator Peter York:

“It was associated with people who did bad stuff, who went wild on the terraces. Quite a lot of people thought that Burberry would be worn by the person who mugged them.”

Some venues even banned anyone wearing it, so entrenched was its association with anti-social behaviour. ‘Chav-check’ was epitomised when EastEnders actress Danniella Westbrook was spotted kitted out, head to toe, buggy and all, in Burberry.

Now let’s rewind back to the beginning and we can see why, at that point in time, Christopher Bailey described Burberry as “a diamond trodden into the ground”. Burberry had become as desirable as walking up the stairs at Covent Garden station.

Burberry needed a new look – it needed to lose its down-market image. Christopher Bailey was appointed Creative director in 2004 and Angela Ahrendts was bought in as CEO in 2006. From this, ‘surprisingly’ the iconic check print ‘mysteriously’ near enough disappeared from all things Burberry.

With a mix of new designs, moving its Fashion Week show from Milan back to London in 2009 to become the big name of the week, and some serious savvy marketing, Burberry was paving its way back to being the best of British and desirable once again. 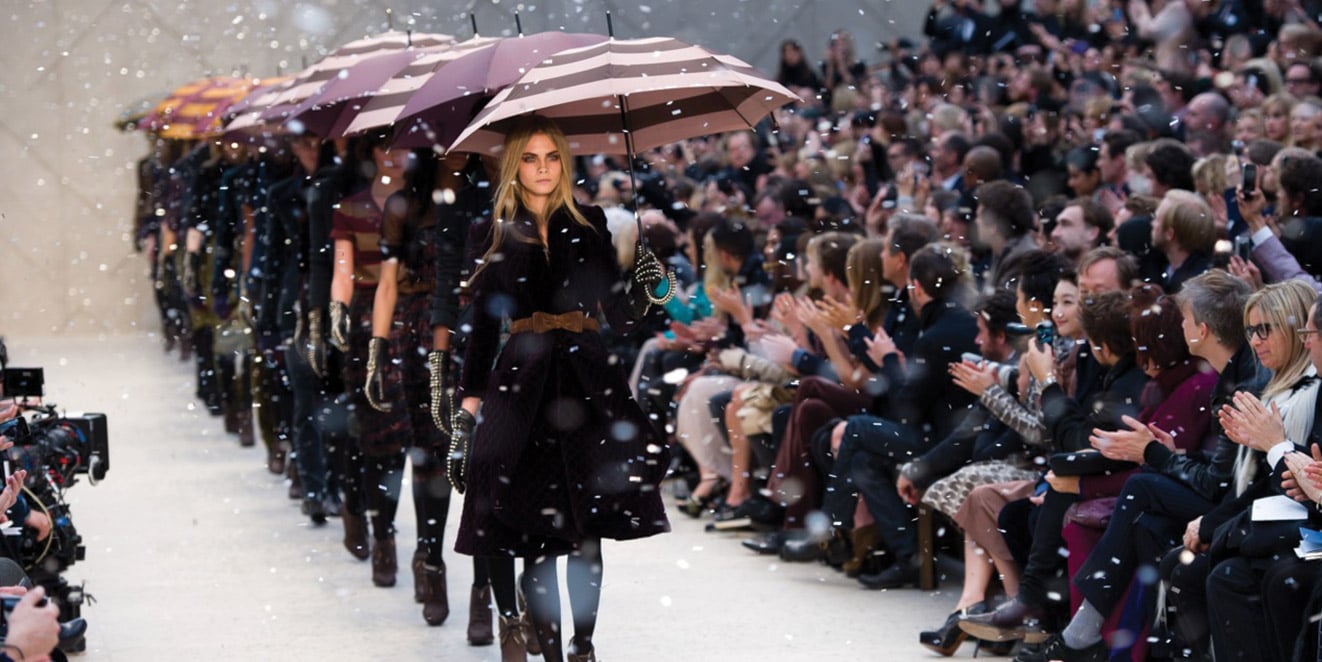 Concentrating on the brand heritage, the check was reduced and the trench was increased, and of course who better to promote the new Burberry than a list of desirable creative stakeholders to feature in the new look Burberry ad campaigns. From Cara Delevigne, Emma Watson, Eddie Redmayne, Rosie Huntington Whiteley and the ultimates, Kate Moss and Naomi Campbell, bringing with them the cachet and sparkle of their celebrity personality and their direct association with the brand, repositioning and increasing the desirability of Burberry. 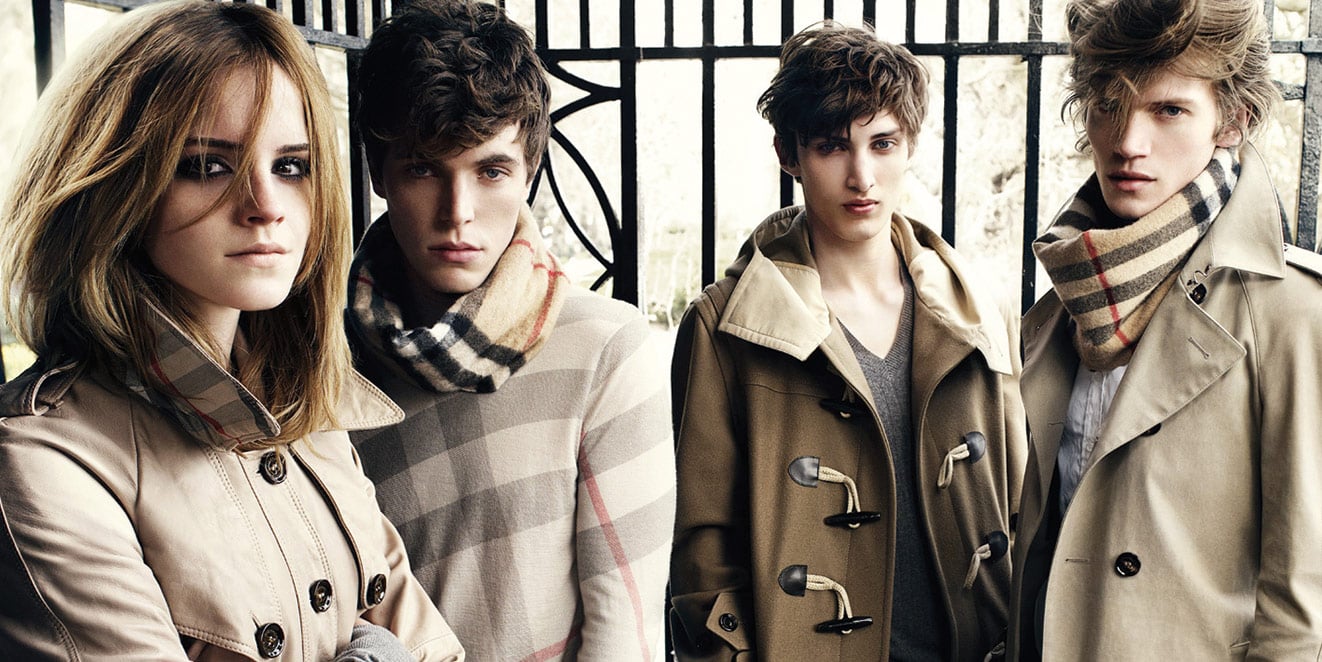 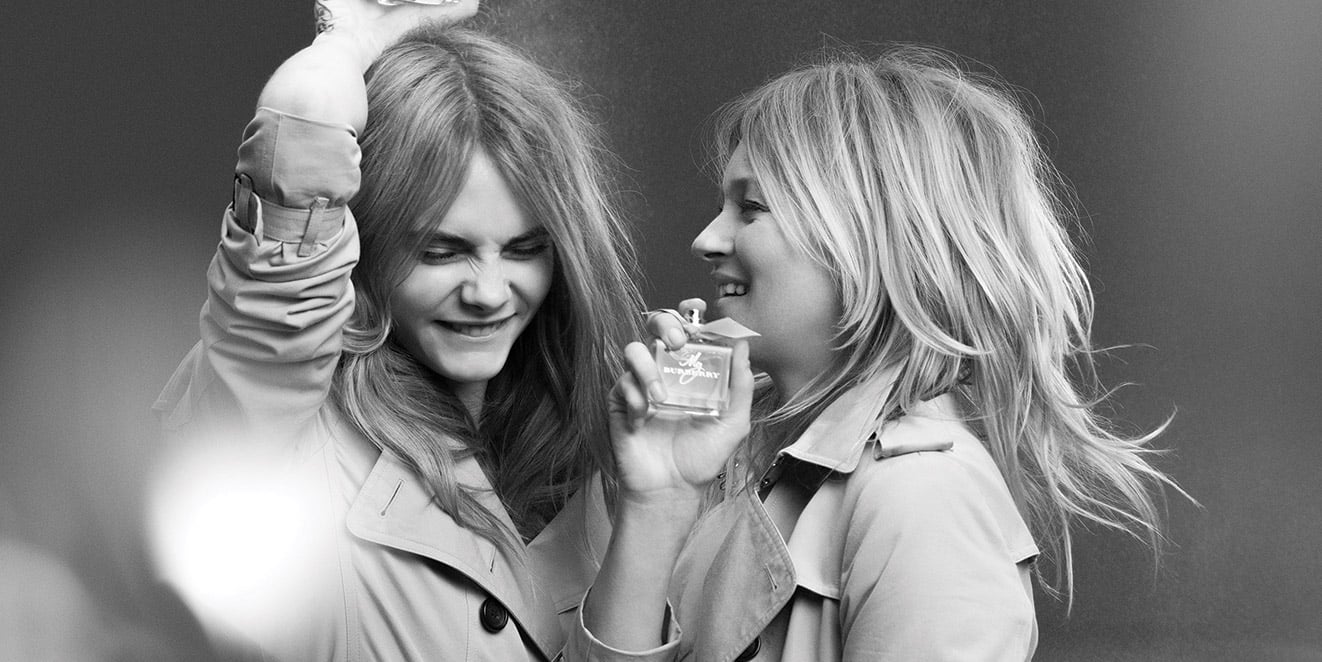 These desirable names were the ultimate pull-in factor for millennials, and it was the digital generation that propelled Burberry back to its best. Burberry now leads the show. It was the first brand to live-stream their London fashion week show in 2010, and the first brand to introduce ordering straight from the runway.

Thankfully, for Burberry, it’s small noughties blip now just seems like a bad dream. Now if you Google Burberry, ‘chav-check’ seems lost to the black hole of the internet. The check print is restored to its former glory, as a beautiful, British, iconic print and the flawless faces of Cara Delevigne, Rosie Huntington Whiteley and Romeo Beckham grace your screens whilst sporting the brand. 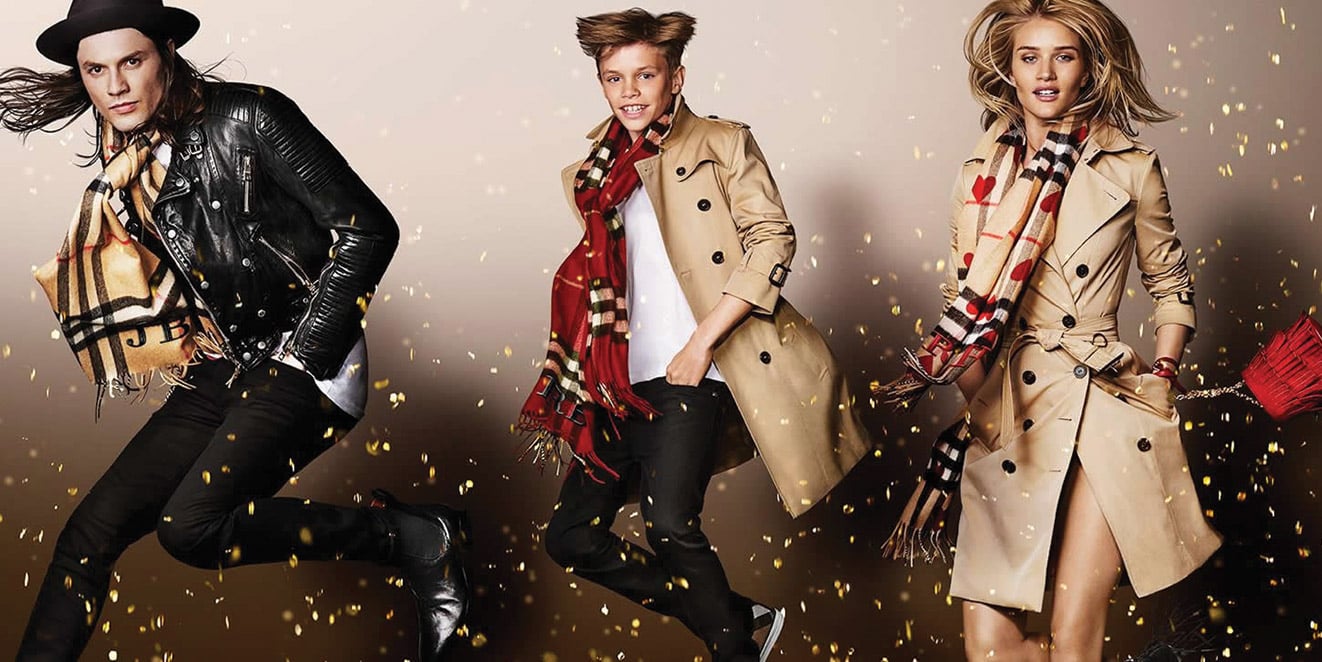 Burberry has now firmly positioned itself as the leading, global, luxury fashion brand, being the biggest event on the London Fashion Week calendar and simultaneously representing tradition as well as all things media and technology. It had a clean-up, and now Burberry is certainly back to being that shining diamond.

Will anything stop this British fashion powerhouse?

…As long as that Danniella Westbrook image doesn’t come back to haunt them.