At the beginning of this year (2016), Hatched officially turned five years old. And on our five year ‘journey’ there’ve been a few landmark occasions – the defining moments of Hatched, that have formed the agency we are today. In a series of five posts, we look back at some of those moments and divulge some of those stories. This one is about our first ‘big’ client, EquiLend, and our first big presentation.

When we left JWT we didn’t want to take any clients with us. For one, it was mainly out of respect, two, because I’m not sure any of them would’ve jumped ship anyway, and three, because they weren’t the clients we wanted to work with or represented what we stood for. The good thing about starting at the bottom is that there is only one way to go. We also made sure we didn’t borrow or pursue outside investment, meaning we never had debt (other than our personal ones), or other people’s ideas for the direction of Hatched hanging over our heads. It’s something we’re quite proud of and still maintain today.

When EquiLend came along it was really our first big break. They were the client that ignited the full team in one place, rather than living rooms, pubs and hired meeting rooms. They were the client that took a chance on a ‘band of brothers’, that like themselves, had stepped out into the unknown to do something different. They understood our proposition and trusted the work we were doing.

It wasn’t until the big presentation in New York that we first felt serious pressure as an agency. For six months we had worked on a full rebrand and repositioning of EquiLend and its sub-brand BondLend, and now it was time to show all; to shed our clothes and show what we had, adorned in all its glory. It was a big moment.

This opportunity for Hatched was the dream ticket and what we’d really needed to become established. To prove, not just to EquiLend or to other potential clients, but to ourselves. So whilst the opportunity was great and vast, it felt daunting. Yes, we’d pitched and presented ideas hundreds of times before to much bigger global brands such as HSBC, Nokia and Shell without being phased (okay maybe there were a few beaded brows), but we’d never presented on this scale for our own company, for ourselves. It meant a lot, and at the time, it was everything.

We’d poured our hearts and souls into the work. We’d taken a fairly cold corporate brand that ‘deliver software to enable trading in the financial market’ and proposed turning them into a human fronted brand that were about innovation, technology, and ultimately, people. It was a big change, and from the months of brand research and development, one we firmly believed would put them beyond their competitors and attract far more business, partnerships and industry trust as they became the standard trading platform.

So when it came to presenting this big change, former partner Andy Cridland and I were off to the Big Apple full of equal measures of excitement and anxiety. The first night was a restless one, but mainly down to the dusty, noisy, brick-wall view, ‘Overlook Hotel’ room we were staying in. Picking hotels on a tight budget for New York, well you get what you pay for. 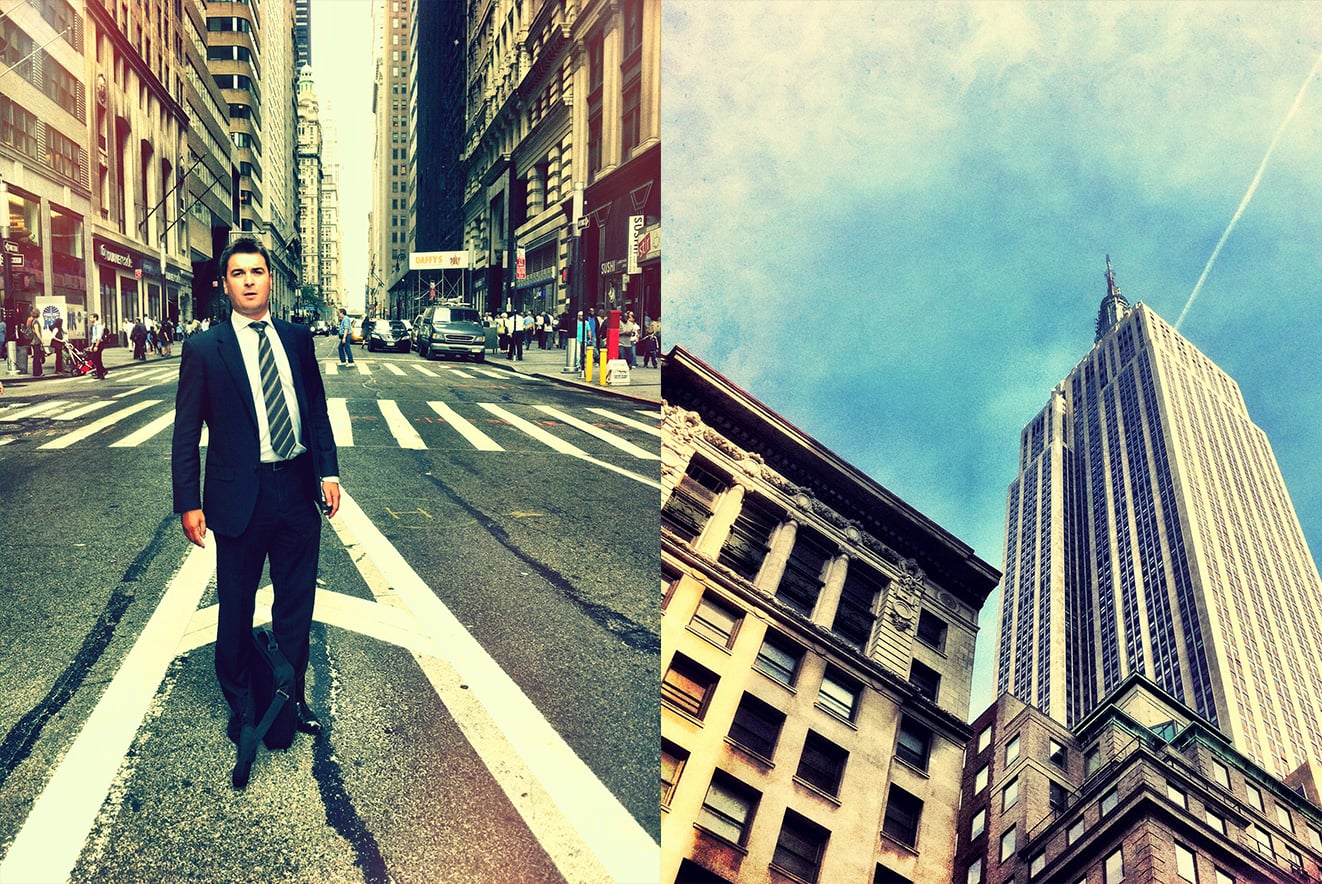 The day had come, we took a cab down to Battery Park to meet our UK based client for lunch to just run through the presentation. Although this was effectively his presentation and enterprise for the company, he was entrusting us with presenting it all (again, the ante went up). So there we were, in a board room full of people – successful people that knew their business inside out – ready to show them the direction in which their brand should take.

What followed was three hours of presentation, mixed with the occasional tough line of questioning, spontaneous interruption and brief breaking discussions. Although disruption can stop the flow of a presentation and can cause you to ‘lose the room’, I remember mid-presentation feeling a sense of triumph – triumph because of this disruption. This was a good thing. Not only were they listening, but they were talking about it there and then, excitedly. They were taking us seriously and they cared. Deeply. Even those who weren’t keen initially (you can’t always please everyone), they knew how important this was for their business, even if it wasn’t to their individual taste. This point of the meeting is so vivid to me because I remember glancing out of the window and seeing the Statue of Liberty in all its majesty, stood proudly in the midst of the Hudson, basking in the afternoon sun, and I thought briefly to myself “we’ve arrived”.

In what I would say was the most difficult pitch/presentation I’ve ever had to go into, I would also say it was one of the best. Whilst I believe from that moment on, all presentations became a little easier, but none have been as gratifying. Gratifying because of the pay off in terms of how the amount of work we’d put in was received, where we were and how much it meant to us as a small start-up.

It took me back again to that conversation about no one caring more than us. It was true in that room, it was true the months before it, and it was true the whole time we worked with EquiLend. We saw the client as an extension of ourselves; it’s how we see all brands we work with (view our work).

We were thankfully invited to the Equilend’s 10 Year Anniversary in Central Park, where employees were keen to ask lots of questions and tell us how they felt about the work. It was fantastic and we felt on top of the world, and again, part of the team. 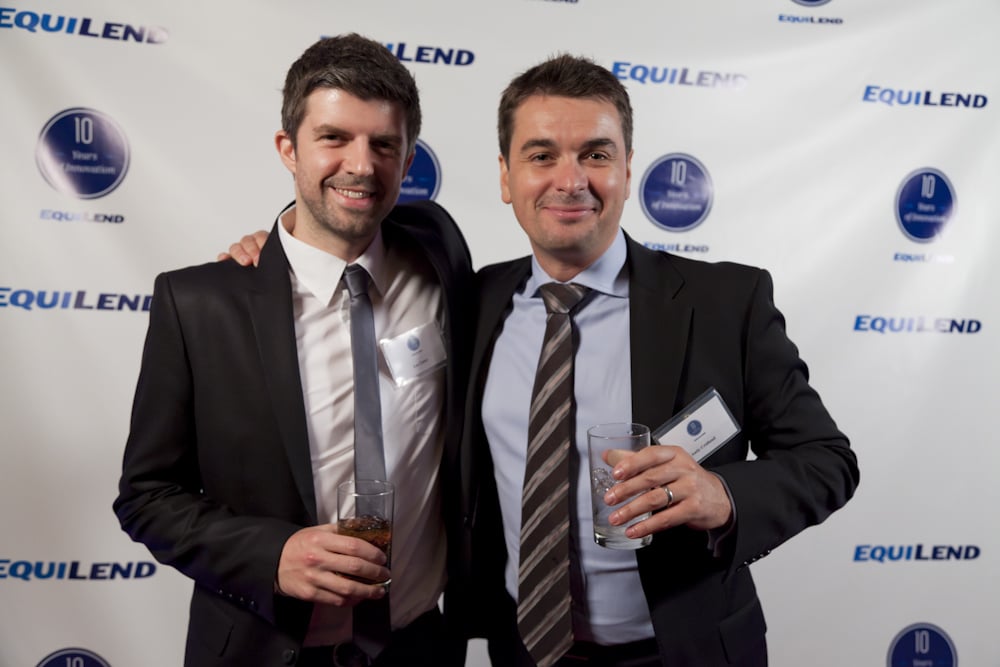 Of course, throughout the project, it wasn’t all living the high life. There were, as in a lot of major projects, obstacles and challenges, disputes (healthy ones), late nights (dealing with the time difference), early mornings (dealing with the time difference), weekends, flights to NYC, flights to London, big launch events, two freelance technical consultants, hundreds of hours of conference calls, remote deployment and testing, and a few new grey hairs. But we were all in – we were invested, we believed in the client and in the project.

When the project concluded, the branding had lifted EquiLend away from being perceived as a ‘commodity’ and moved them towards a more meaningful positioning, whereby EquiLend are now the preferred technology and trading platform provider in the sector. For us, we had a project, a case study and an experience that would set the tone of how we went about all projects going forward and how we work with our clients, learning through all the rights AND all the wrongs. And it all started there in that board room, in that first big presentation, when everyone got on the same page. 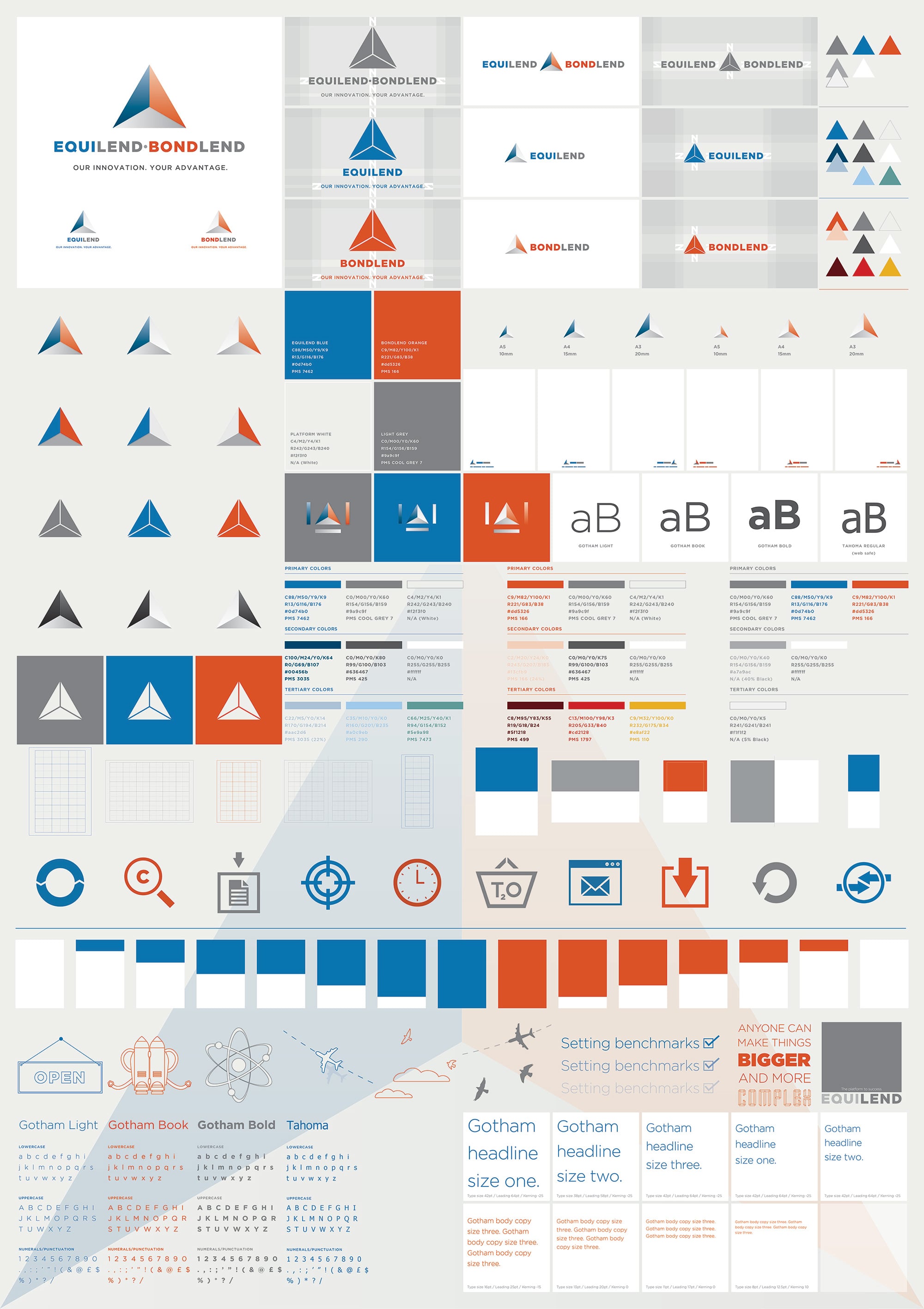 “Defining moments of Hatched Part 3 – And then there were three”, coming soon.