Defining moments of Hatched Part 3 – And then there were three

At the beginning of this year (2016), Hatched officially turned five years old. On our five year journey there’ve been a few landmark occasions – the defining moments of Hatched that have formed the agency we are today. In a series of five posts, we look back at some of those moments and divulge some of those stories. In this post we reflect on a big turning point for the agency.

In the five and a bit years of our existence we’ve certainly grown a fair bit. If I were to put my ‘humble hat’ on the shelf for a moment and give a summary of where we are now, I’d say that we’re privileged to have a company that has a group of amazing, talented individuals, working with fantastic clients. We’ve managed to find a great balance of people on both sides of the fence that work well together and create beautiful, solid and successful work. I’m really proud of what we’ve achieved in that time and of everyone who works here. And of course we’re truly thankful to everyone who has supported us through the years.

However, we wouldn’t be where we are had we not endured some testing times. One of these times was the departure of former partner and Head of Brand Planning and Strategy, Andy Cridland. Having already just recovered from the exit of another former partner, Gary Fraser, another loss meant it was time for reflection.

Andy, with his experience, had been a driving force for Hatched from the start. His ambition and appetite for brand and planning verged on pure geekery – you could never fault the passion for his work and what he wanted to do for our clients.

So when he told us he was leaving, whilst we understood why, we were stunned. Suddenly there were three from the five original partners left, still having to fulfil the work of our clients and create new business opportunities in order to grow. Either we were going stop there and then, or we were going to have to knuckle down and invest more time into something that was already taking all of it. The uncertainty wasn’t a nice feeling, but one we would later come to embrace.

We had to embrace and listen to that feeling, because calling an end to Hatched wasn’t an option for any of the three remaining partners. We believed in it as strongly as we did from the start, but by listening to the uncertainty we were able to reassess, refocus and take stock. So where would we go from here?

The conversations we started to have and the refreshed aspirations for our agency created a new excitement. Andy’s departure became a well needed ‘interruption’, and this wake up call propelled us to make bold decisions and change tactics. This was a turning point.

The first thing we did was move. At the time we were living in a small office share with Purestone (Now Lewis Purestone) in Union Street. We truly appreciated the cheap(er) rent and hospitality, but we always struggled with our own identity and sense of home. So the move had to happen. We needed a fresh start without restarting.

It was purely chance, at a client meeting, that we found the fantastic Great Western Studios in West London. Whilst GWS was a little bit out of town, the charm of Royal Oak and the neighbouring Notting Hill had character and suited our working lifestyle at the time. There was plenty going on around us, but it was isolated enough to detach ourselves from the distraction of Central London and focus on honing Hatched by spending time on us as a brand and as a business. 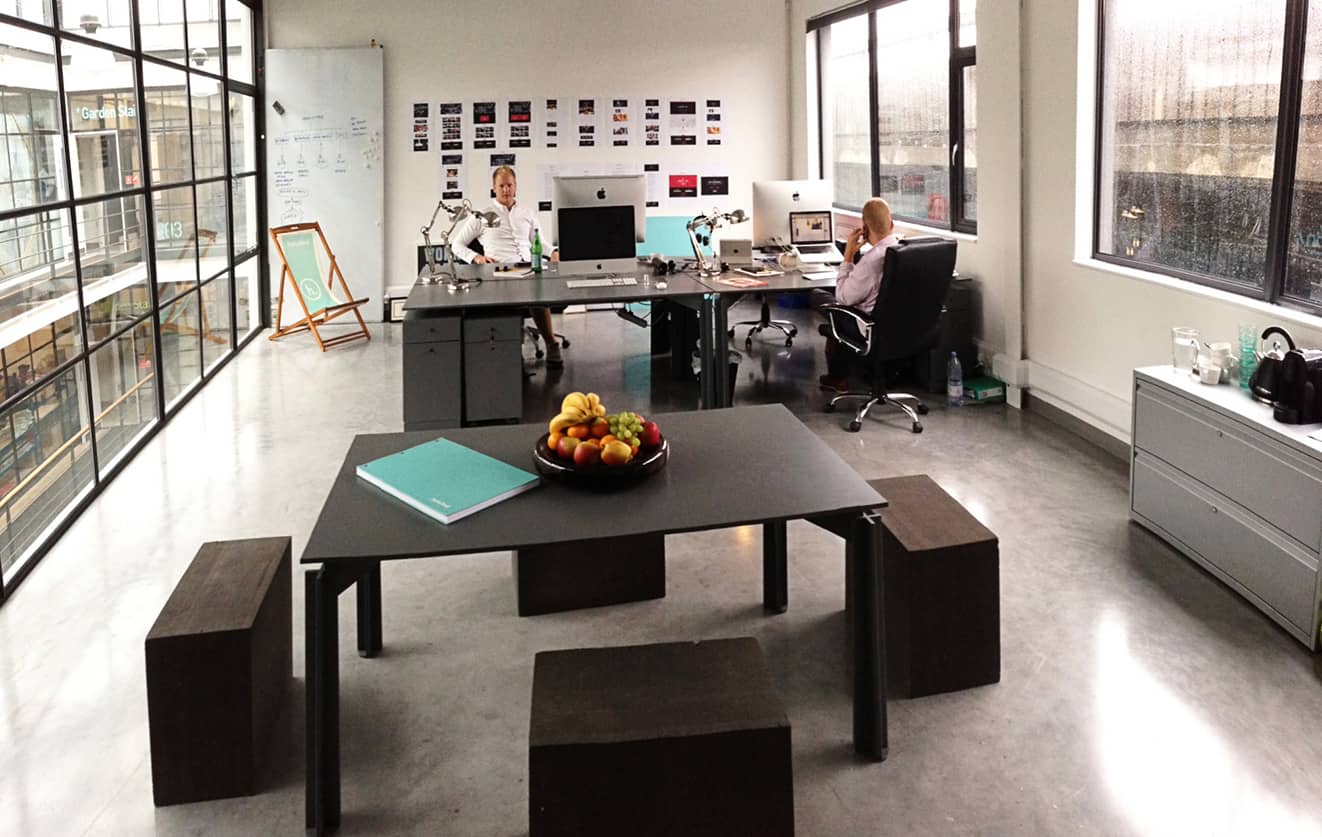 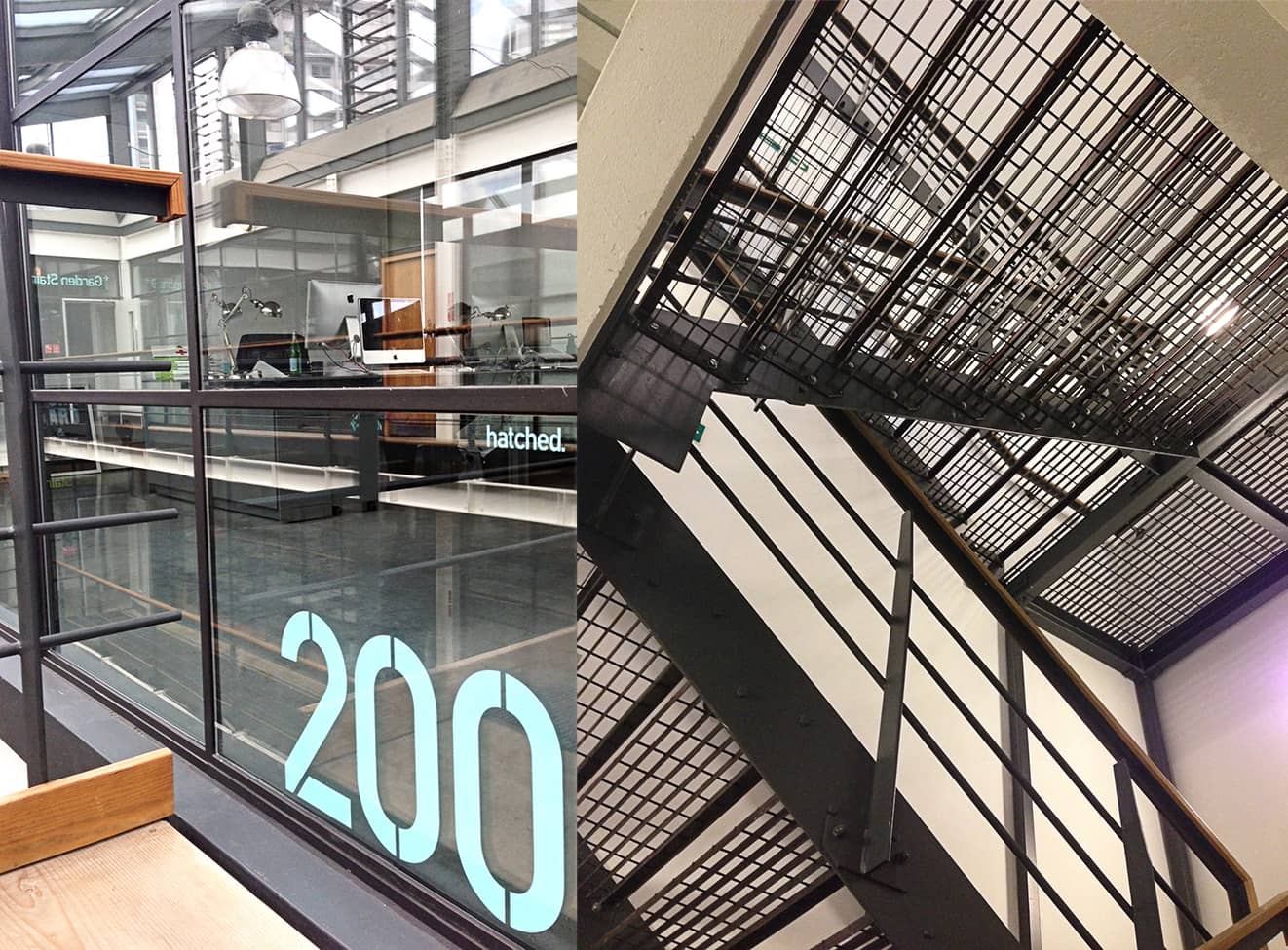 We are keen believers that you only get one chance to make a good first impression, and this place nailed the perception we wanted to create – a true reflection of what we were about and what our ambitions were. We talk about caring a lot and so we wanted to show it. It’s fascinating how interest peaked based on our environment alone – finally away from the small, old fashioned ‘cupboard room’ in Union Street, to the modern, contemporary, light, spacious, purposely-built creative space. Not only was it a great place for clients to see, but inviting enough that they wanted to come and work from our office, and we were more than willing to accommodate.

GWS was a hotbed of creativity, with design agencies, fashion designers, clothing brands, architects, independent artists and small collectives, all coming together to create an inspirational community. This environment is something we’d been missing since leaving JWT, where there was such a wide team to bounce ideas off of, learn from and be inspired by.

It became an important space for us. In it we began to form our team (#teamhatched) and surrounding network, finding friendships with designers such as Steve Stacey, Jimmy Turrell, Youmeus, Two Times Elliott to name a few. We were able to work with new clients such as Hoola and Cleo B. And later, we’d create our first exhibition for Machinate – a collaboration with Leycol, James Williamson, The Tank and G.F.Smith. It was the perfect setting for this new lease of life that we needed and it quickly took hold.

This defining moment of Hatched gave us the confidence as a business to make bold decisions; to make changes that made sure we kept and keep to our initial principles and ambitions. We have since been fortunate enough to flourish from the great stability we’ve built between the three of us, the desire we all maintain for Hatched to succeed and grow, and from the place (for the first time) we came to call ‘home’. 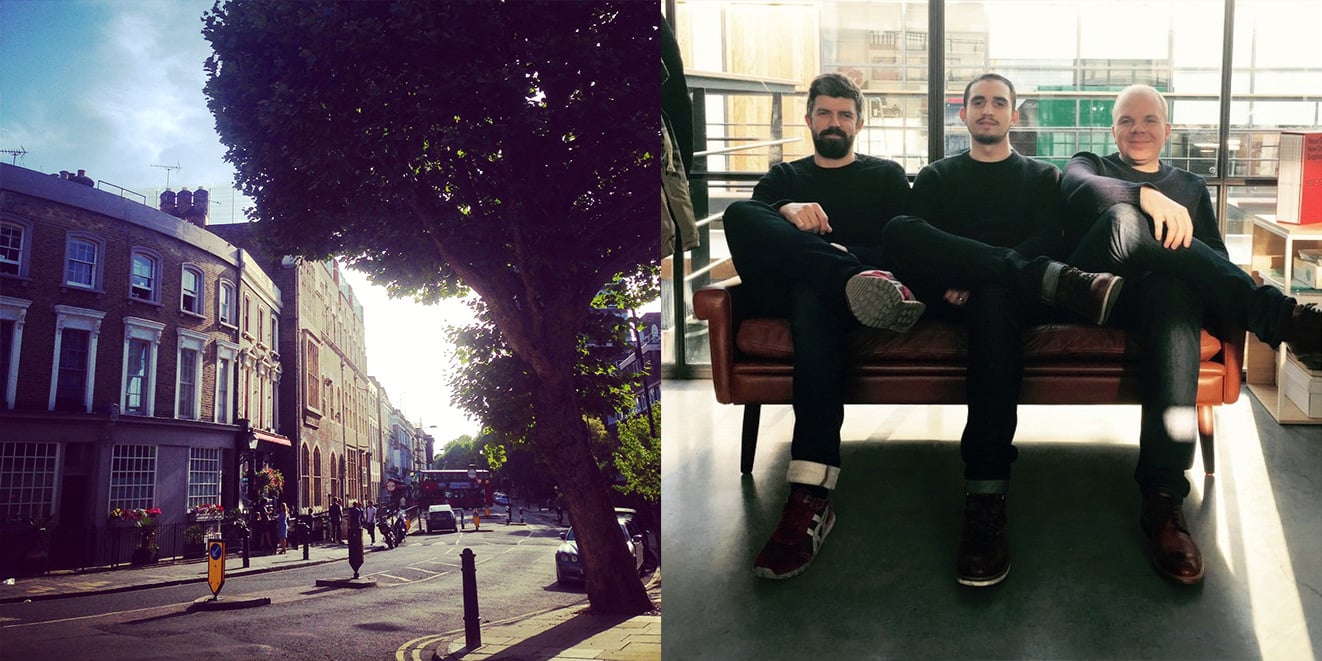 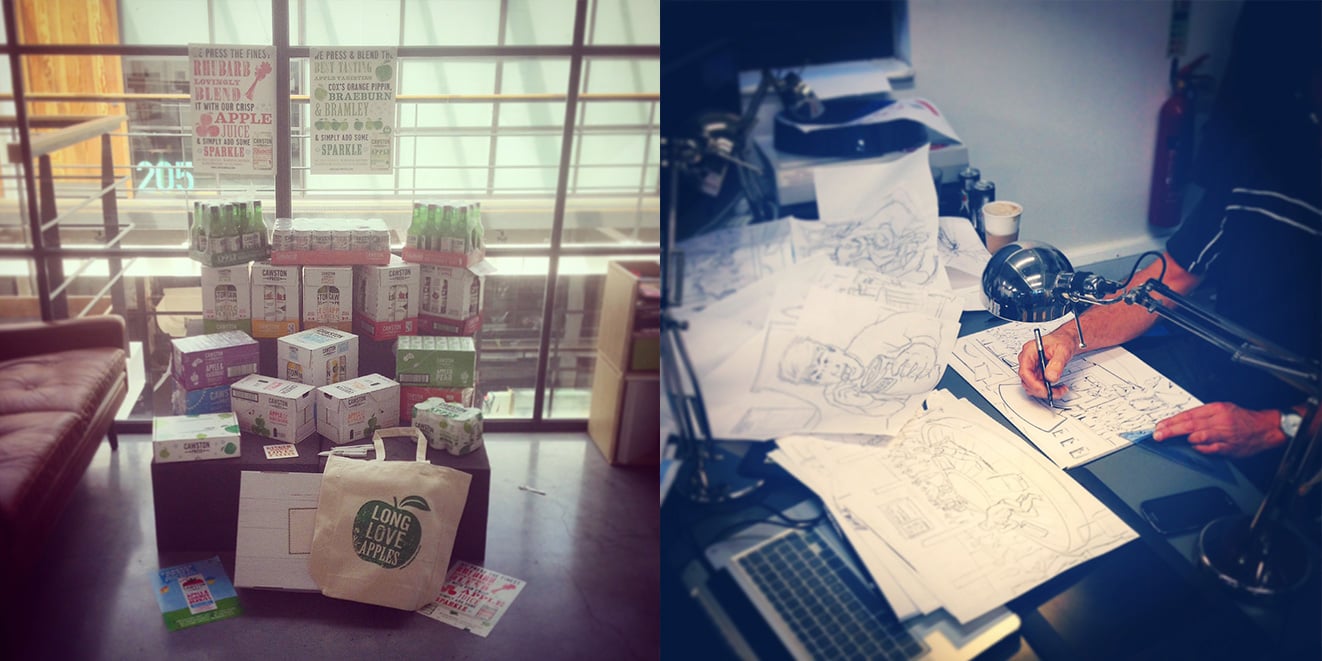 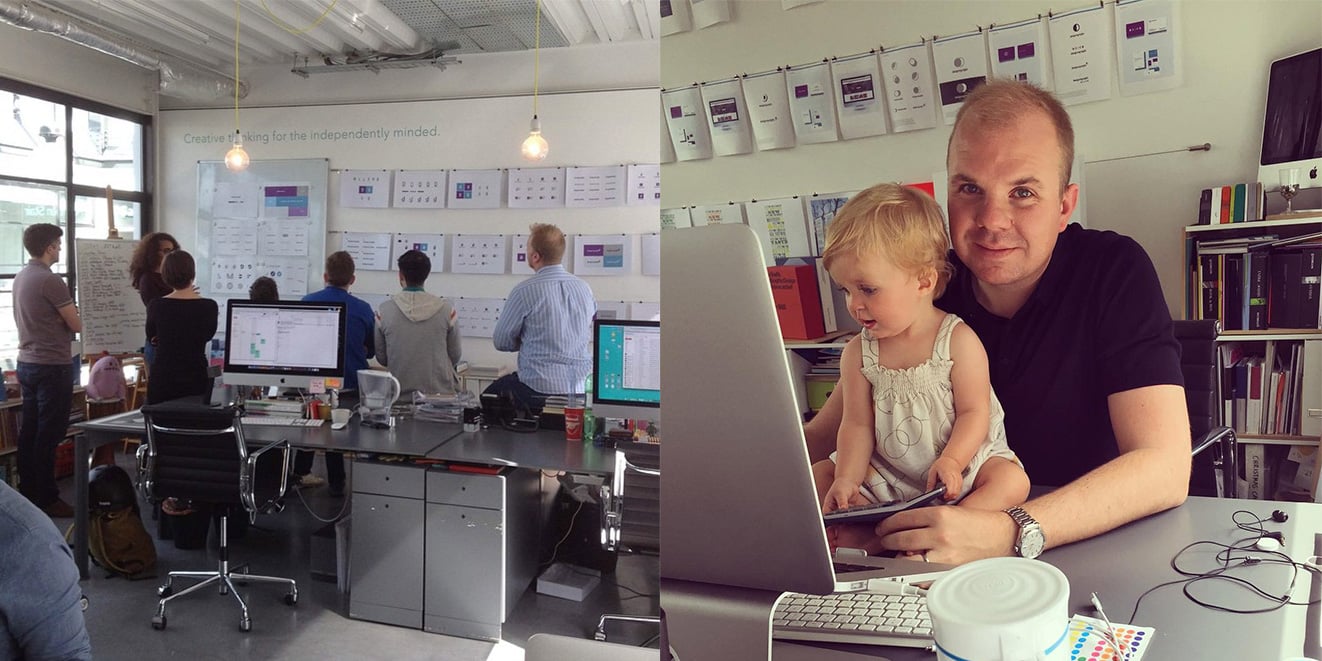 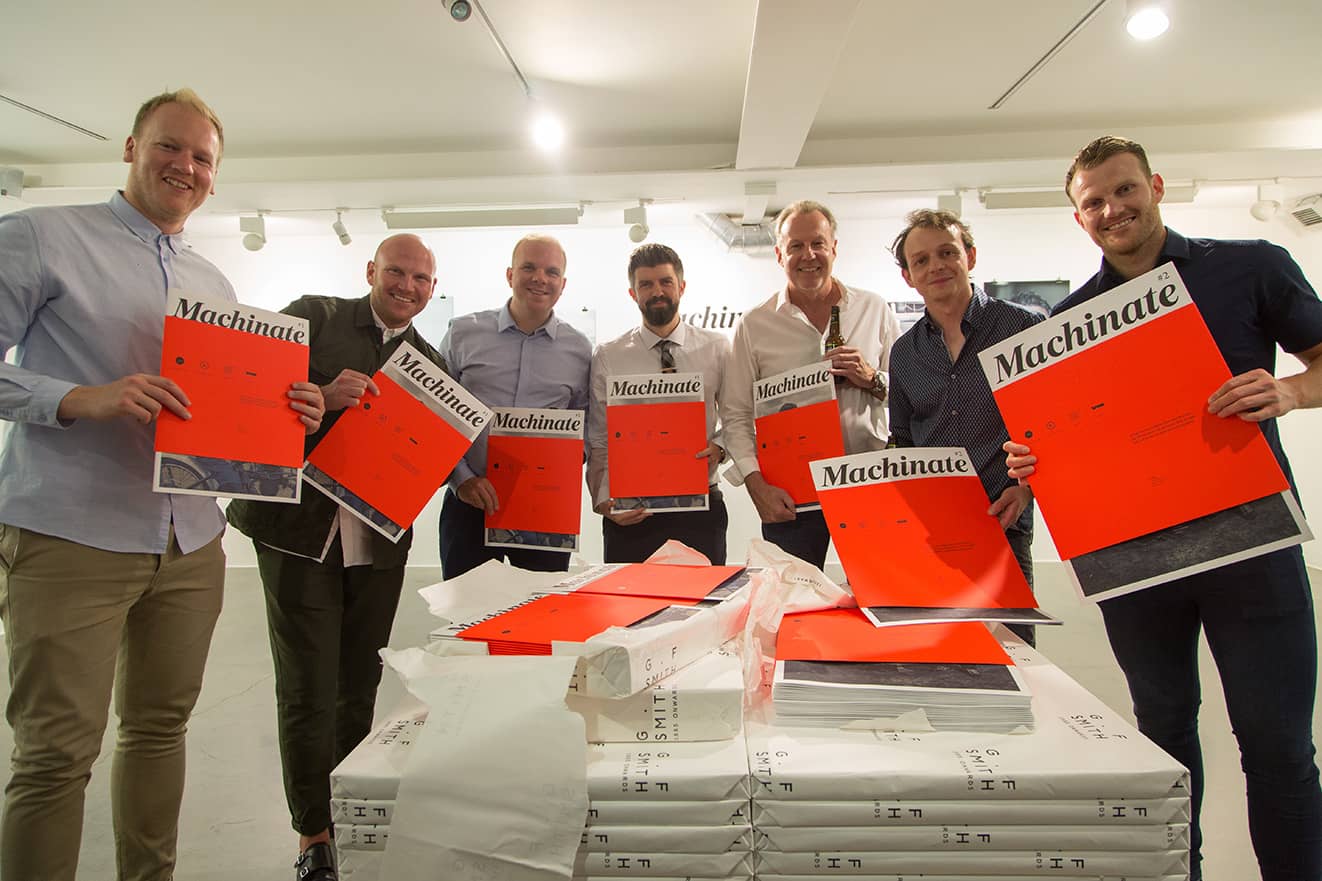 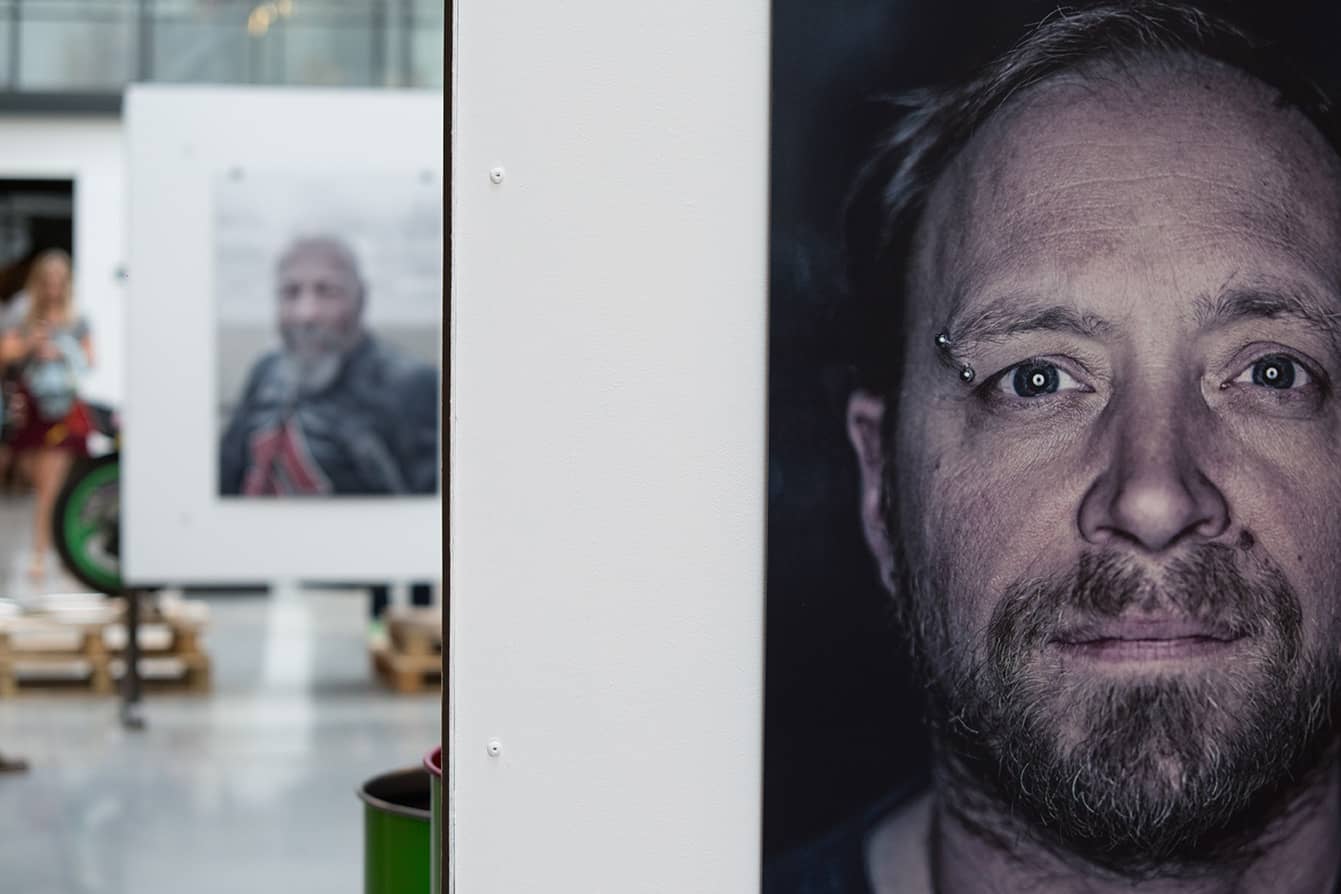 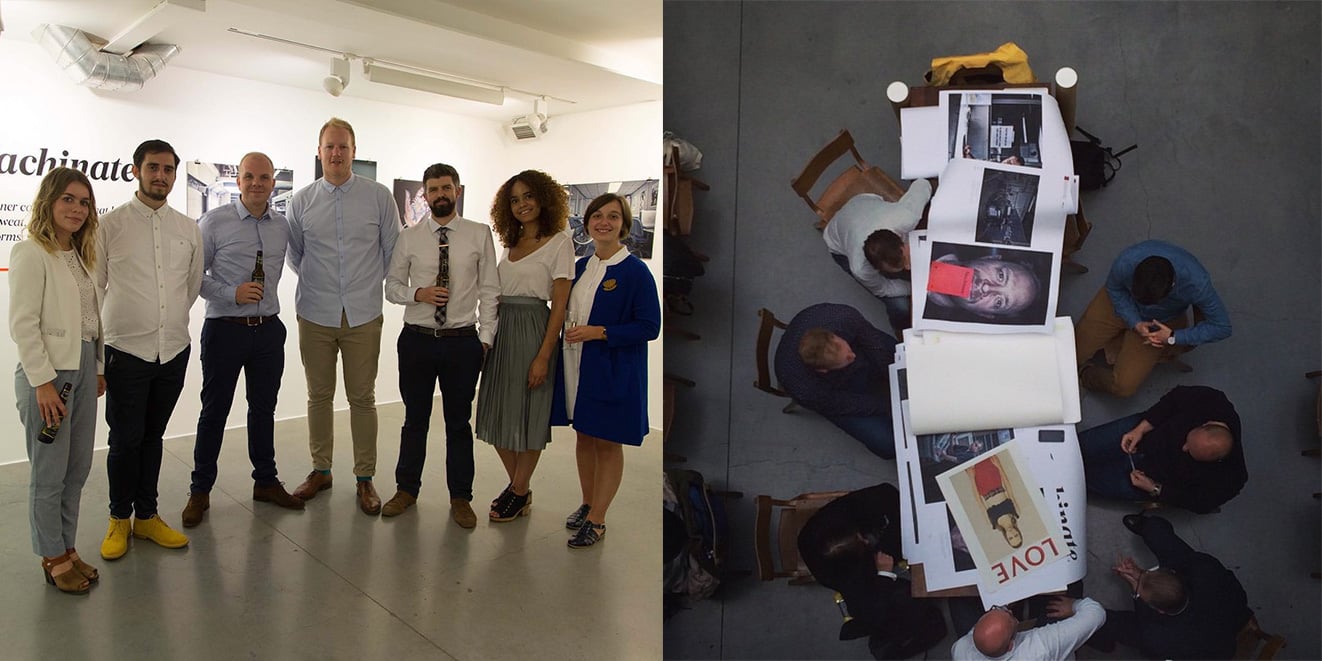 “Defining moments of Hatched Part 4 – Like a boss”, coming soon.