Power. Beauty. Soul. Something that you feel each time you lay eyes on an Aston Martin car. Timelessly elegant and sophisticated, a blend of groundbreaking craftsmanship and engineering with iconic design has created not just a British brand, but a Great British brand. 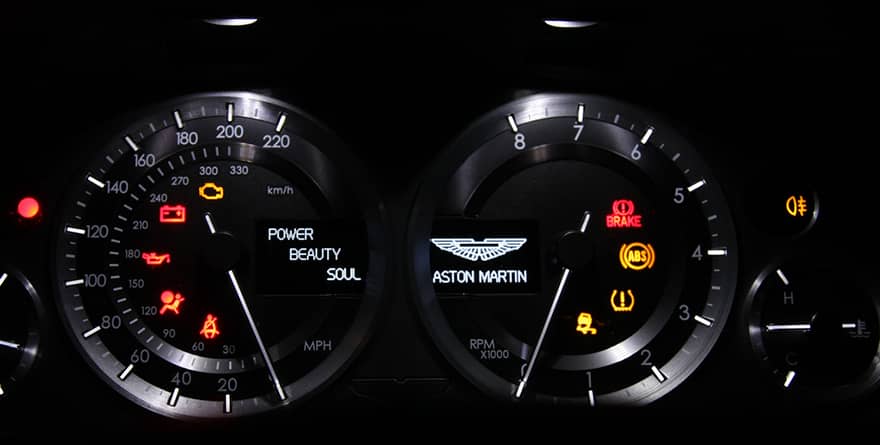 Two man operation Robert Bamford and Lionel Martin founded ‘Bamford & Martin Ltd’ in 1913. Working from a small London workshop, following success at Buckinghamshire’s Aston Hill Climb in 1914, the company name was amended to ‘Aston Martin’. Little could they have known they were about to create what was to become one of the UK’s and the world’s most iconic brands – globally respected for their luxurious and elegant vehicles and boasting a long, colourful and dramatic history, embedded in popular culture. 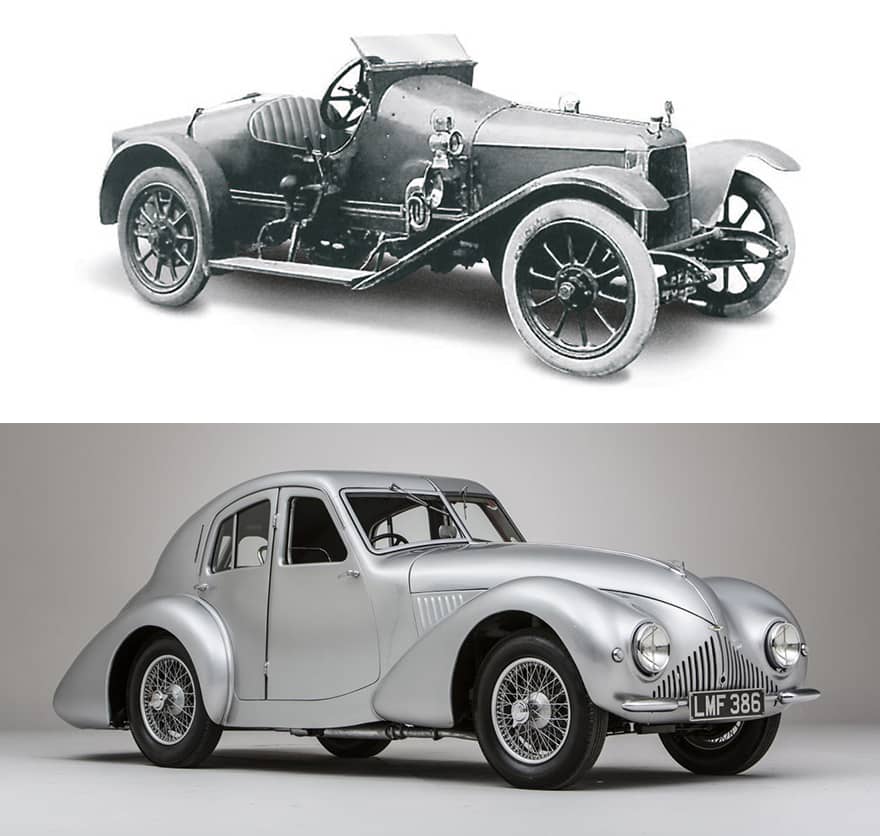 The brand has produced some of the most visually stunning, classic and timeless cars ever seen. Beginning a year after the birth of the name, the brand’s first car was the ‘Coal Scuttle’ and was the only car to be built until 1920 due to the Great War.

Patenting their future visions in 1939 with the ‘Atom’, under the ownership of David Brown, the first of the iconic DB range was produced in 1948, known as the ‘DB1’. This was to start a legacy of the most beautifully designed range of cars, so elegant that in 1964, the “most famous car in the world”, the DB5, was first used by Sean Connery as James Bond in ‘Goldfinger’. This proved to be perhaps among the most inspired pieces of product placement in cinema history. Corgi produced a scale model of the car which became the biggest selling toy in 1964. The relationship did not end here. 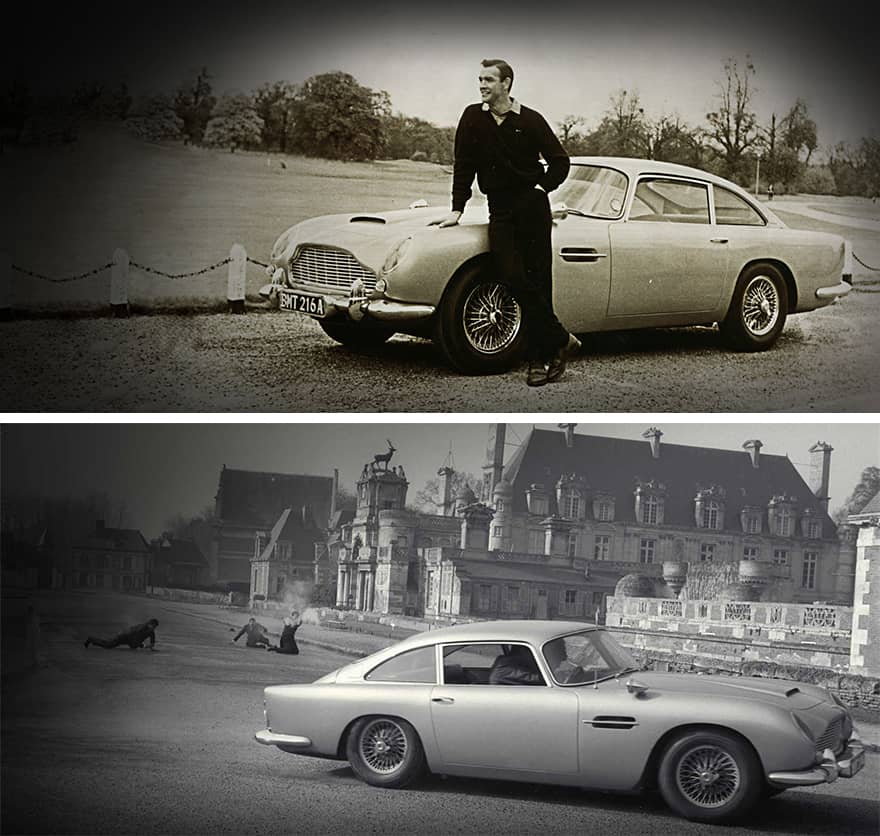 Connery used the DB5 again in ‘Thunderball’ and in 1969. George Lazenby’s only appearance as Bond saw the DBS used in ‘On Her Majesty’s Secret Service’. After a hiatus of more than 20 years, Timothy Dalton’s Debut as Bond saw him accompanied by the Aston Martin V8 Vantage. It wasn’t until Pierce Brosnan began as Bond that we once again saw the iconic DB5 return in an exhilarating car chase. The actor became the first Bond to drive two different Aston Martin models, with the appearance of the V12 Vanquish in ‘Die Another Day’. 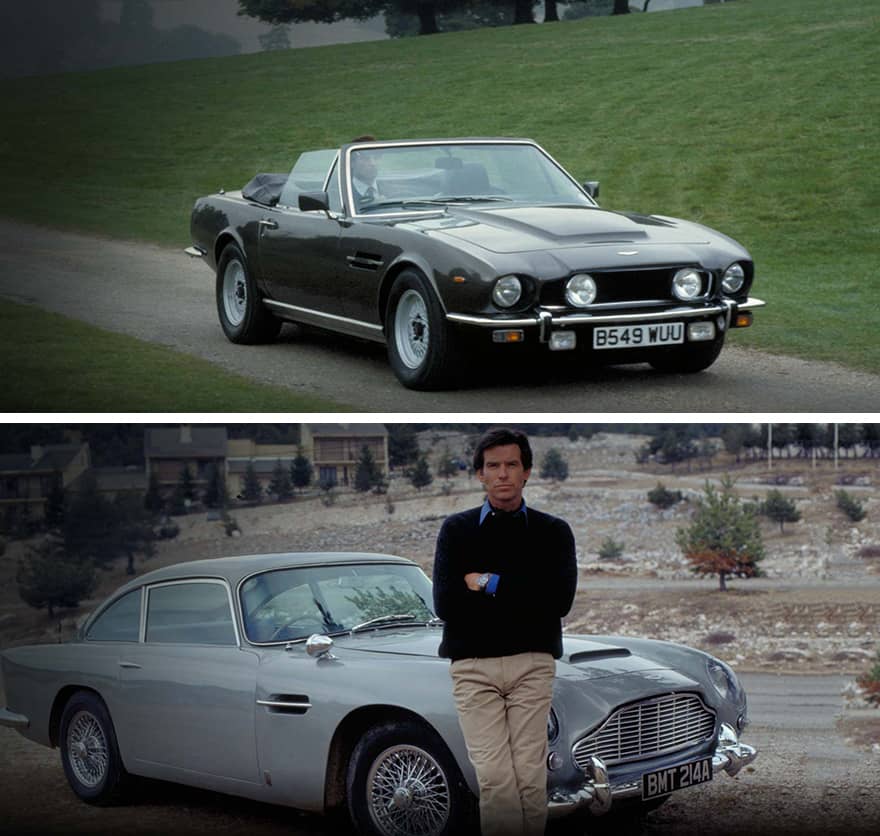 When Daniel Craig drove both the new DBS and the timeless DB5 in ‘Casino Royale’, it became the first bond film to feature two Aston Martin models. In 2012, almost 50 years after it’s first appearance in ‘Goldfinger’, the DB5 once again appeared in ‘Skyfall’. It is clear to see that the DB5 model has left an enduring mark on popular culture and continues to be heralded as one of the most iconic cars ever produced. A movie star in itself, it is an icon of style and speed. 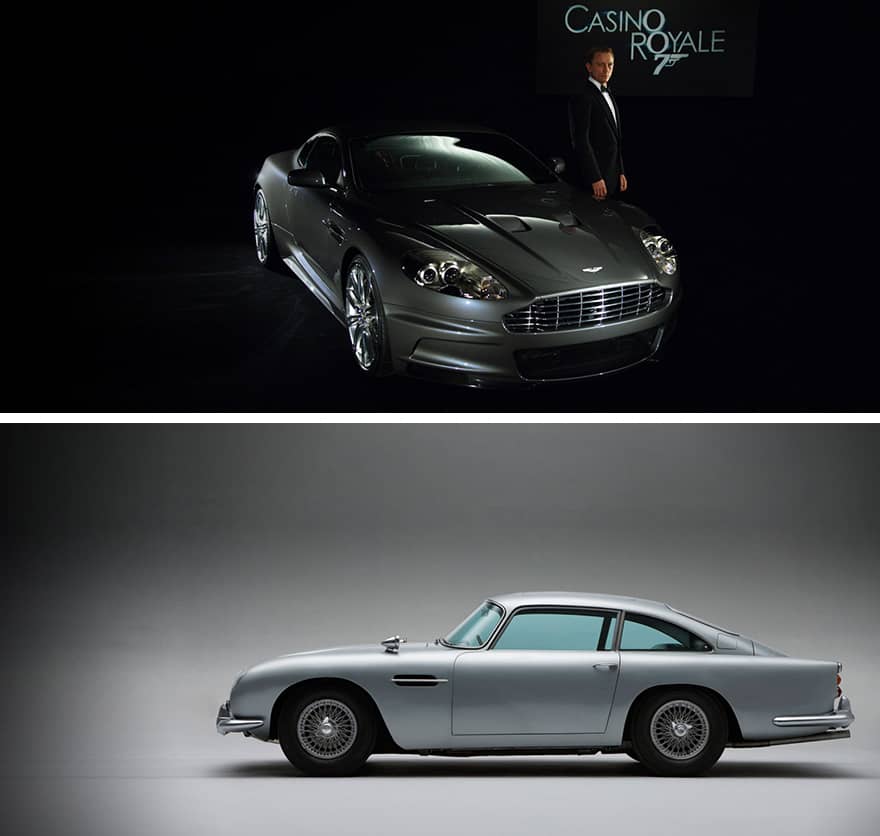 The brand has sported a number of variants of its marque over an 112 year history. The original ‘AM’ logo existed between 1921-26, a simple merging of the A and M. The winged badge as we know it today was first developed in 1927 – a symbol of speed, freedom, dreams and pushing boundaries. The Aston Martin name was immersed into the wings motif, which has proven to be a timeless marque, with a variety of adjustments taking place over the 20th century to ensure it retained its contemporary feel in each era. Most recently in 2003, the launch of the brand’s new global headquarters in Gaydon saw the most recent version of the badge. 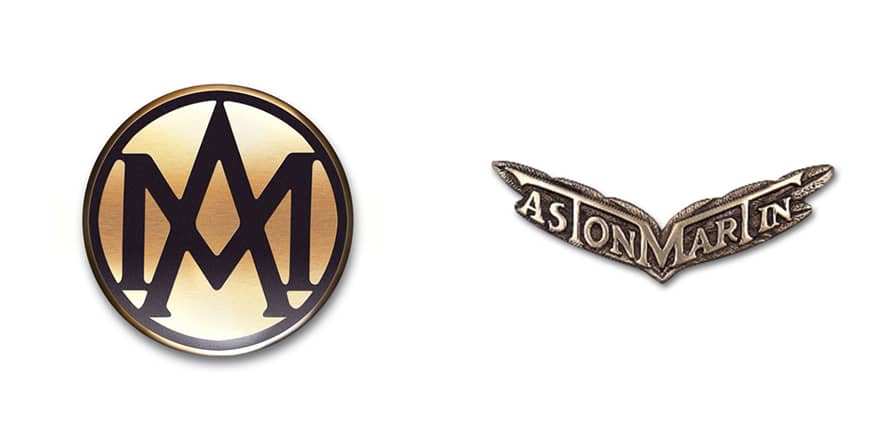 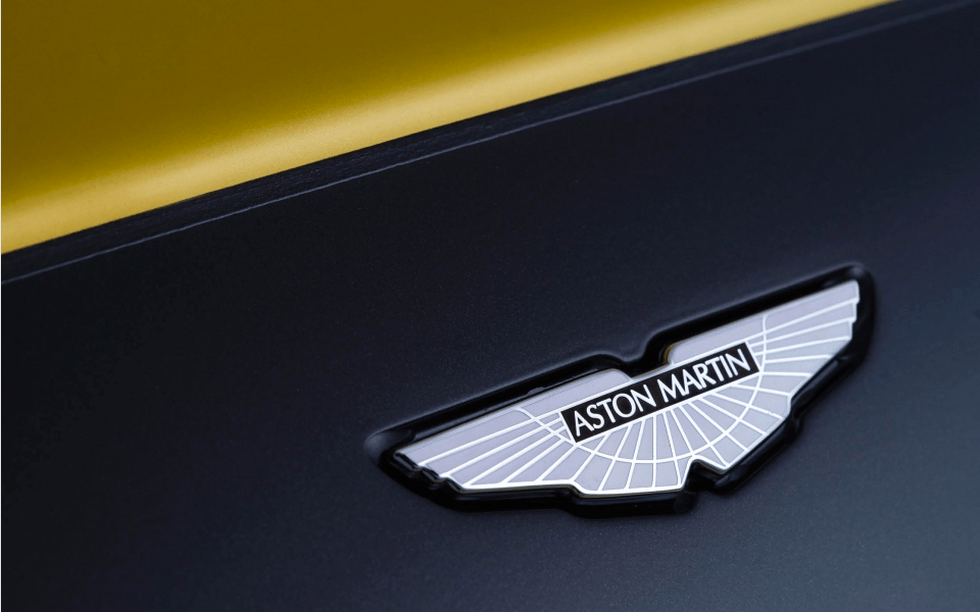 Fresh investment in recent years has seen the brand regather the glory it lost in years of troubled financial backing, during the 1970s and 80s. Reigniting the classic DB line was a master stroke and has since seen some wonderful examples of beautiful engineering.

Identity helped to evolve the brand into the international supercar brand it is today. In doing so the brand managed to attract a new, more youthful audience whilst holding on to its devoted, passionate followers and maintained the charisma of the brand throughout. 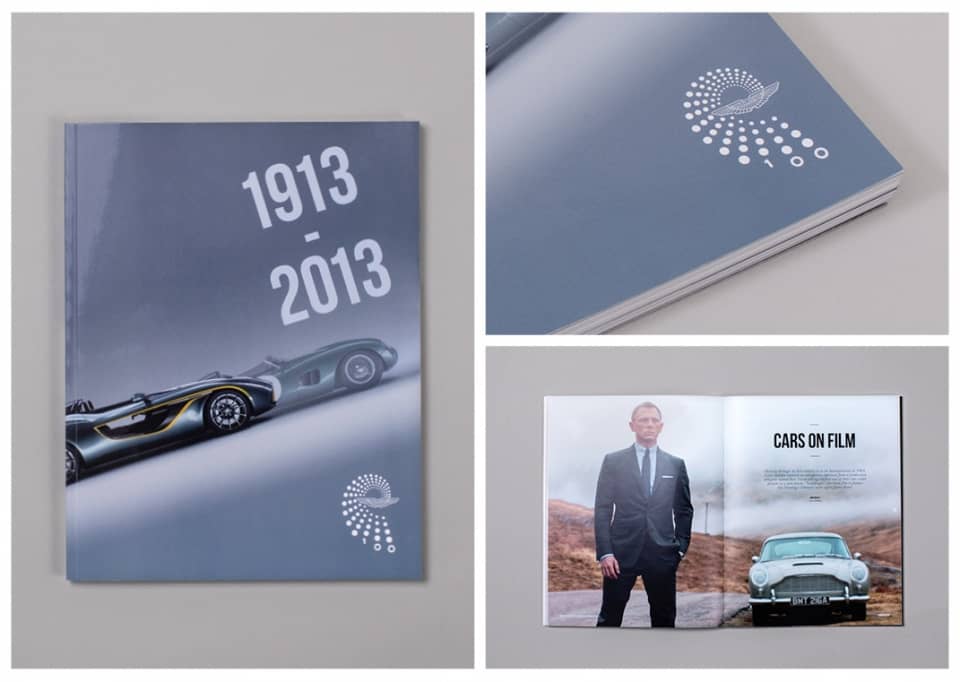 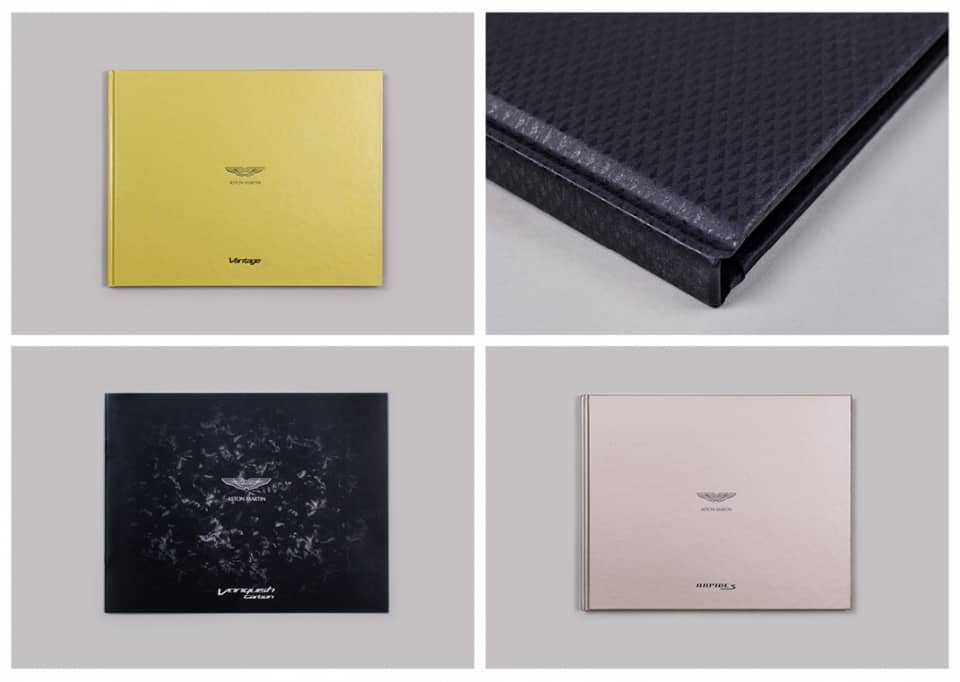 The brand continues to be a marque of Great British heritage, design and manufacturing. Whilst it may have changed its stance recent times, it has always remained true to the ethos of creating the most inspiring cars, with Power, Beauty and Soul at the heart of everything it does, no matter the risk or cost. It remains an iconic image of traditional British engineering and is unquestionably one of Britain’s most prestigious and greatest brands.