Cadbury was born in Great Britain in 1824, when John Cadbury opened a grocer’s shop at 93 Bull Street in Birmingham selling cocoa and drinking chocolate. This led to the Cadbury manufacturing business later being formed in 1831. John was still selling cocoa and drinking chocolate but this time on a more commercial scale and later introduced 16 more varieties to consumers. The great names that we still see today wasn’t a recent discovery but one that started from the very beginning with names like ‘Churchman’s Chocolate’, ‘Iceland Moss’ and ‘Fine Brown Chocolate’. In the early 1900’s the Cadbury brothers, sons of John, were determined to meet the Swiss challenge and with that they perfected the recipe for the first Cadbury milk chocolate, Dairy Milk. 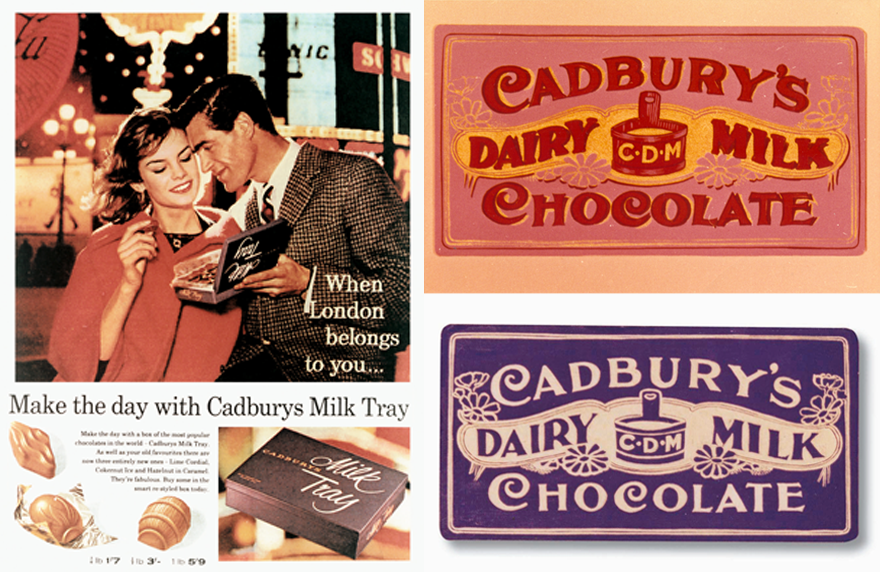 Although Cadbury has since been sold to American brand Mondelēz International, I wanted to recognise them as a Great British Brand. For me and I am sure for all you British chocolate lovers out there, Cadbury is and will remain a Great British brand.

It wasn’t until 1905 William Cadbury commissioned type designer, Georges Auriol to design the first Cadbury logo not realising it would be the start of the Great British brand we all recognise today. The Cadbury logo consisted of a stylised elegant cocoa tree with the name Cadbury intertwined. 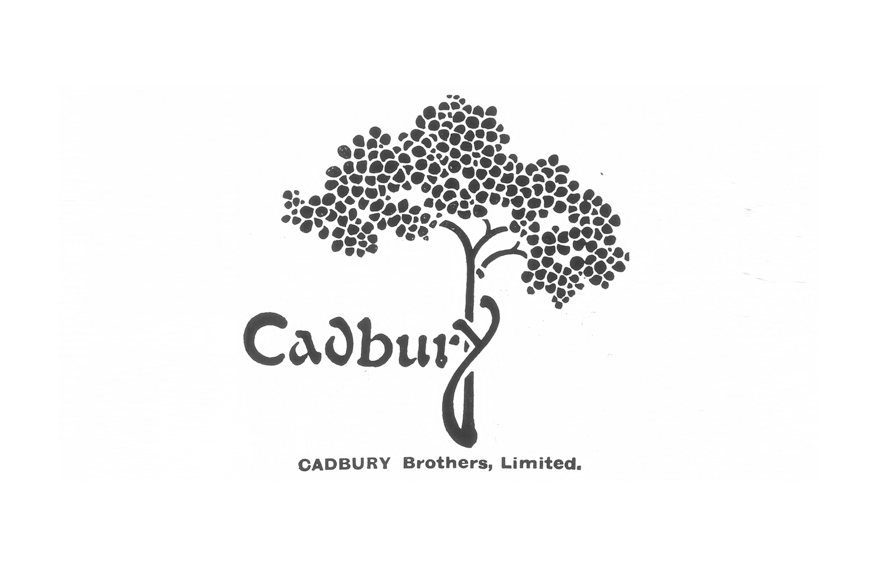 The logo later evolved in 1921 based on the signature of William Cadbury, creating an elegant sign off piece on products the Cadbury logo had a unique script typeface that was slowly refined over the years. 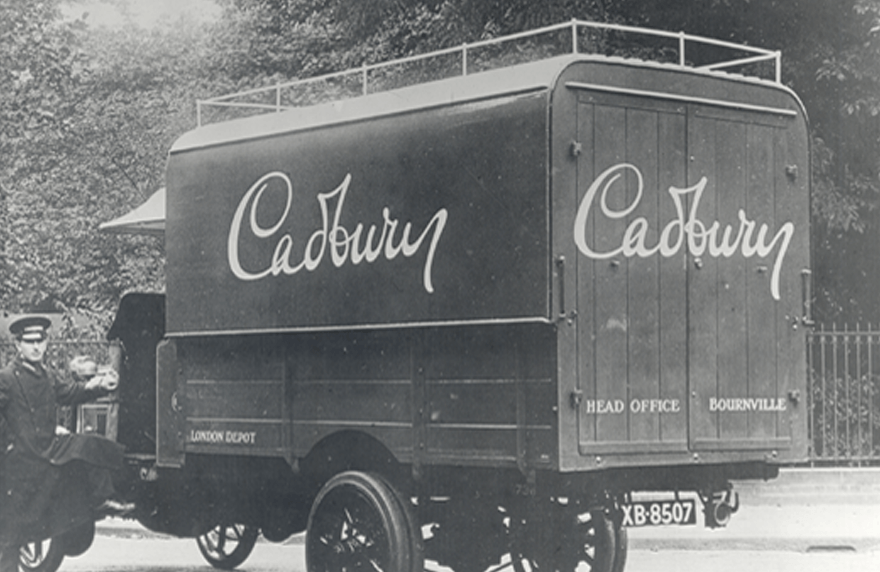 The famous slogan ‘glass and a half full-cream milk in every half pound’ was later introduced in 1928 along with the iconic picture of milk pouring into the chocolate bar. This lead to the birth of investments in advertising and also becoming one of the all-time greats of British advertising. With this great achievement and the launch of the simplistic, mouth watering Dairy Milk bar, Cadbury Dairy Milk became a UK brand leader and has held the position strongly ever since. 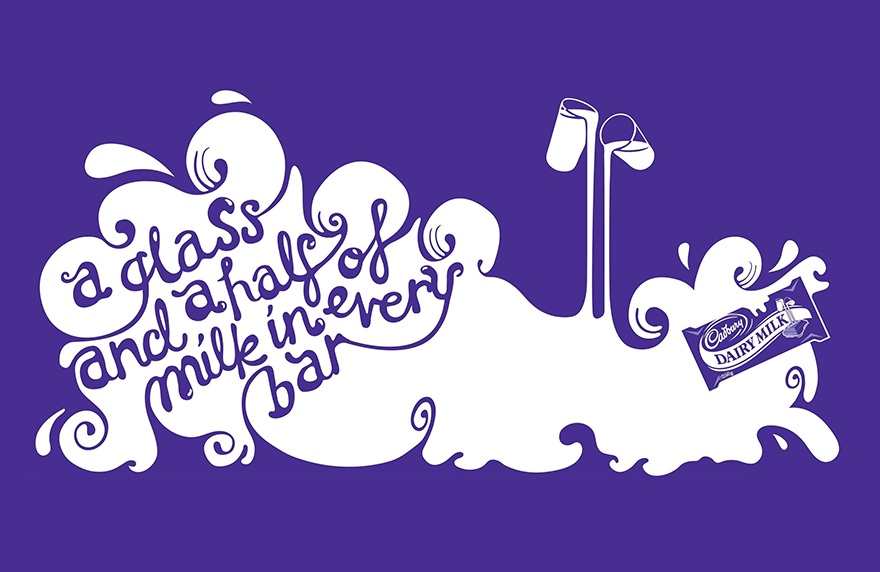 Cadbury’s have been providing us with great chocolate for centuries but also they’ve also bought us joyous moments through television with 50 years of adverts.

Below are a selection of a few stand out adverts and a brief outline:

Taking it back to some years with the release of the first television advert in 1960s. A classic black and which James Bond type advert focusing on storytelling and setting the scene.

In 1980, the classic Cadbury Caramel advert, still being recognised as a favourite in the history of the Cadbury adverts. Taking a more cartoon and animated visual which differs to the adverts released today by Cadbury, but still has that aim of joyous and happy moments.

In a series of campaigns spanning over the past five years from Fallon created ‘Glass and a Half Full Productions’ the ads are designed to simply make people smile. Each advert in the series takes you on a journey of how you feel when you are consuming a bar of the Cadbury chocolate, reflecting the belief that only the taste can trigger such spontaneity and irrepressible joy within anyone.

By learning that Cadbury is all about wanting to make people feel happy, no matter where they started or where they end up is a powerful message that has been the core of their Brand for the past few centuries. By staying true to this messaging over the many years they have been able to retain the smiles on our faces and whether they are now American owned, they will always be the British go-to brand for chocolate.