The year of the triffids

Pantone have announced ‘Greenery’ as their Colour of the Year for 2017, a shade they say symbolises the ‘reconnection we seek with nature, one another and a larger purpose‘, and we feel this aptly sums up this year’s growing fixation with our leafy friends. 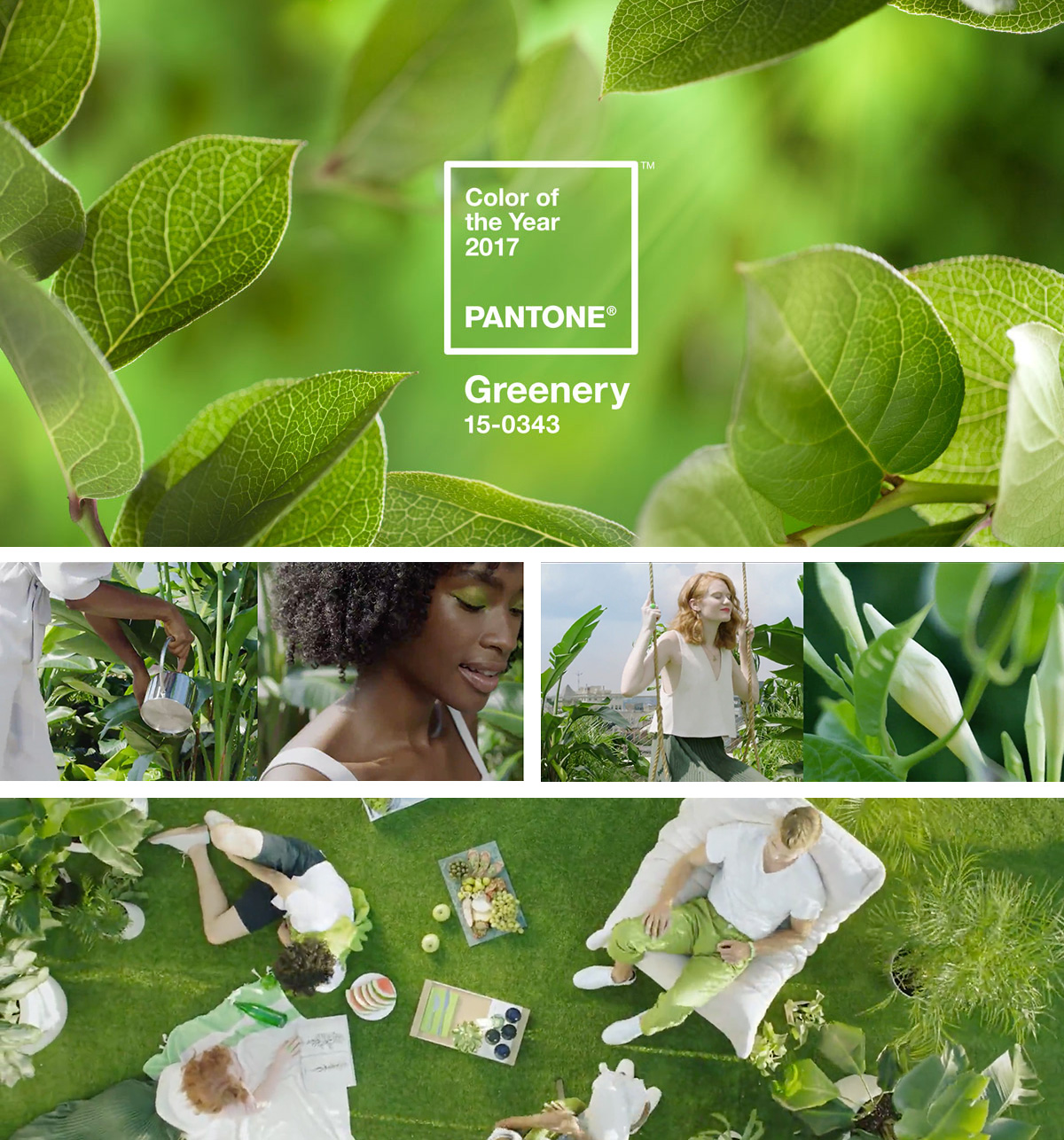 In particular, greenery on a backdrop of pink has been a hit, celebrated by the dedicated Instagram Plants on Pink, which has 60,000 followers. We love looking through these on a bitter winter’s day and remembering that there are places in the world where plants happily bask in the sunshine all year long.

Wallpapers and textiles have also fallen back in love with green foliage. Especially popular are variations of the iconic ‘Martinque’ wallpaper made famous in The Beverly Hills Hotel in the 1970s – a hotel iconic for its use of dusty pink and lush greenery, an aesthetic which is firmly back in fashion. 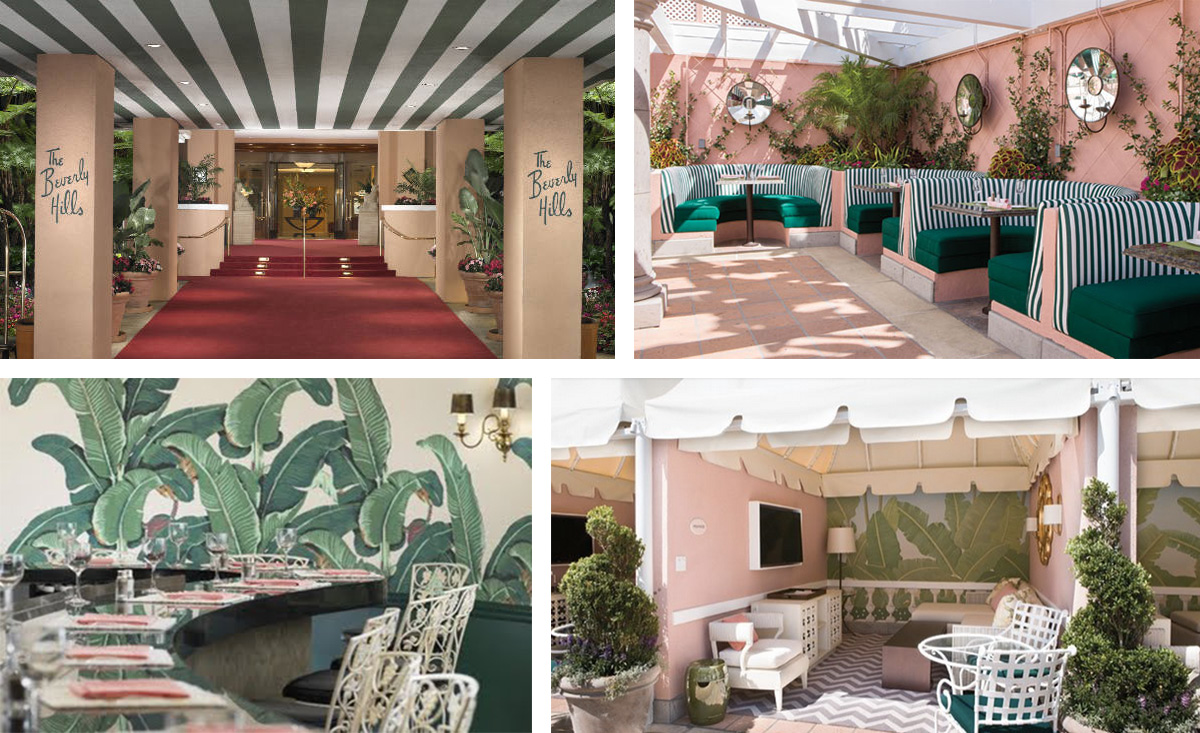 One of the most prolific creators of plant-themed prints is the highly aspirational House of Hackney who reference their inspirations as coming from Art Deco, 1930s Palm Springs and Georgian Palm Houses. Their palm leaf design, in particular, is often seen in beautiful homes and stylish pubs. 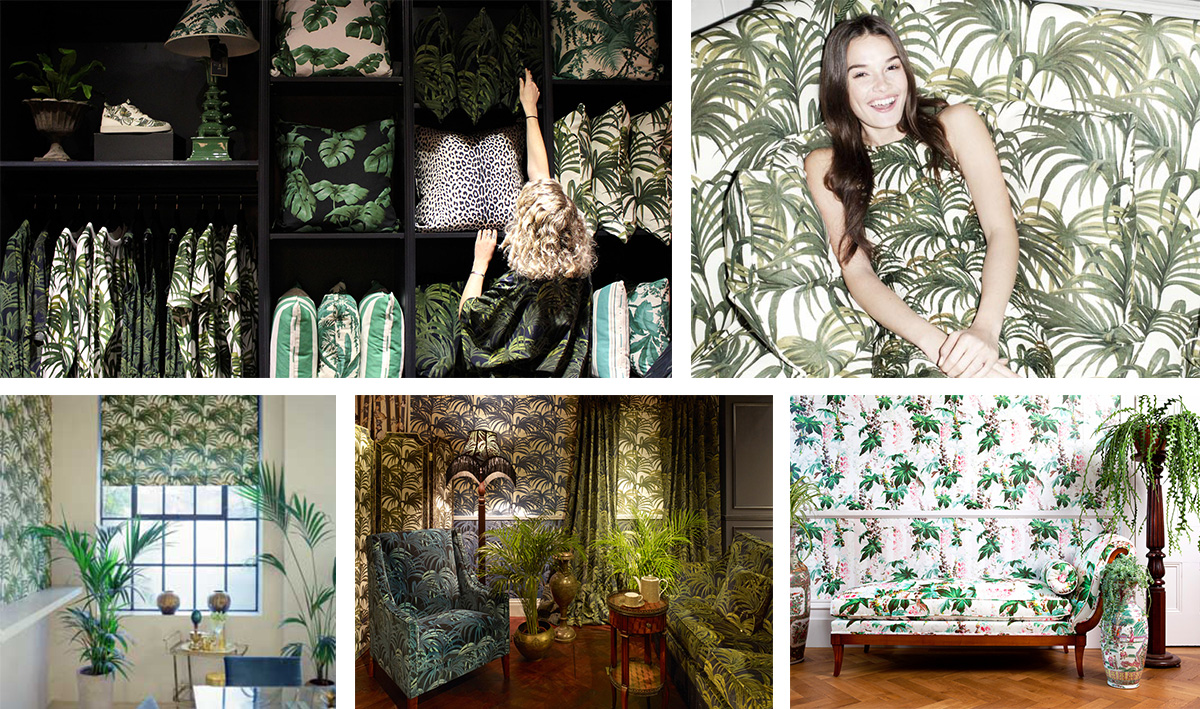 This warm, dazed feel has also been achieved by a number of magazines recently, using plants as cover stars, including the sun-drenched Courtyard by photographer TJ Tambellini.

Garden centres have also been given a contemporary makeover and become trendy lifestyle shops. Who even still has a garden? This is all about plants as objects d’art in your home, rather than a suburban pursuit. Notable shops are Botany in Clapton selling on-trend plants and handmade scandi ceramics (the dream team) to make your flat look a little bit more like Pinterest, and Grace and Thorn in Hackney (who are releasing their first book in June 2017). 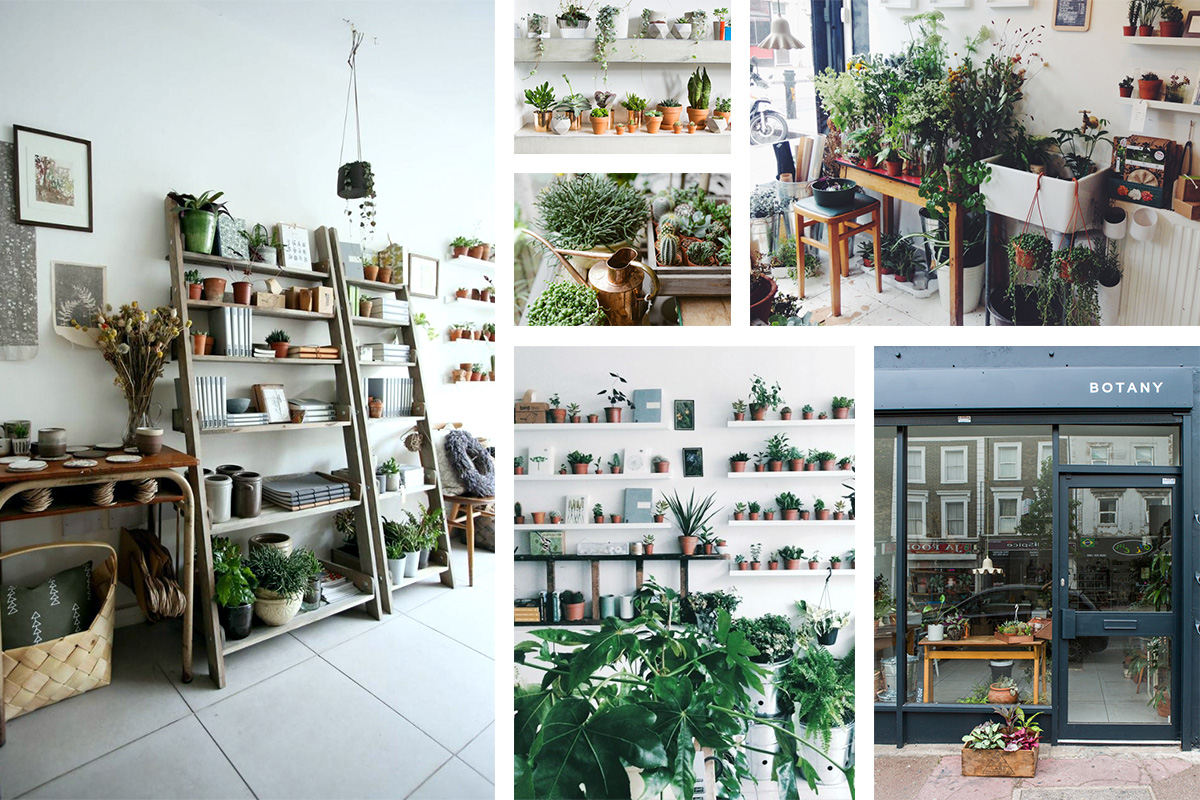 The most surprising thing for us has been that plants aren’t just sold in garden centres any more, clothes shops are branching out, literally and metaphorically. Urban Outfitters has an entire plant section now where you can spend a lot to get the latest ‘It Plants’ (it’s really a thing), and walking in to & Other Stories, you’d be excused for asking how much the plants were – they’re absolutely everywhere.

Vivid green houseplants and soft, pastel succulents have taken over from colourful cut flowers as the art director’s go to for adding life to a photoshoot. A beautiful use of greenery can be seen in photoshoots that use minimal, block colour backdrops and lush leaves to create a striking setting for their products (which also tend to have beautiful and minimal packaging design).

A notable use of greenery and pink was autumn 2016’s Oslo Design Fair (and of course their branding was going to be an absolute stunner). The design, by Bielke&Yang and illustrator Sandra Blikås, fuses half-abstract human and plant imagery in the illustration and lots of plants in the brand’s art direction and space design, which together create a cosy, eco and contemporary look and feel. The theme for the show was ‘togetherness’, and we think that the brand’s interpretation of this as a mix of greenery and cosy domestic imagery, as well as shapes that nod to hands and facial features, could hint at a general desire to break down the boundaries between us and nature, be it from having botanics in your face creams, green juices and gins, mini jungles in your cities or – as espoused by a favourite site of mine The Joy of Plants – a ‘personal plant altar‘ in your room. 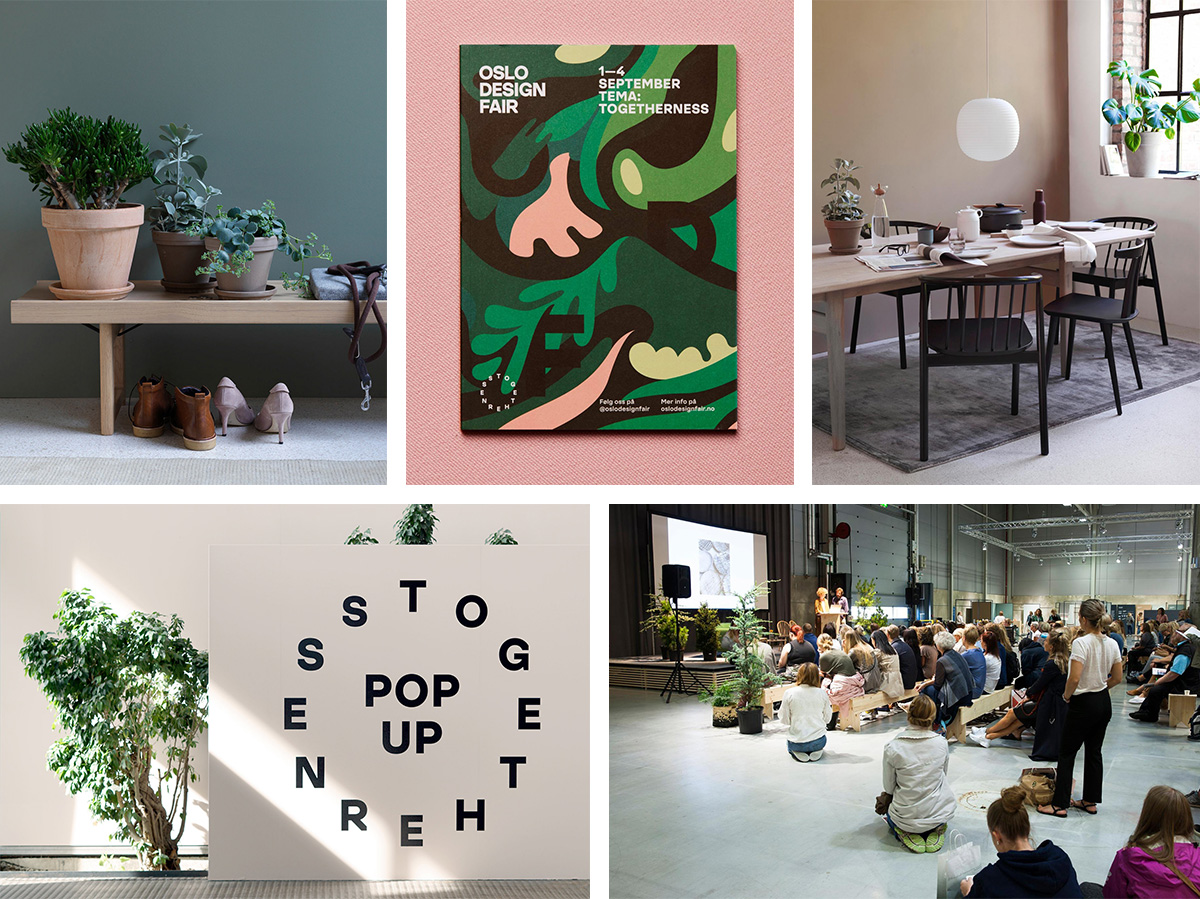 Publishing has given us a number of beautiful new botany books (thanks publishing) – and these aren’t the practical ‘Expert’ series we remember our parents having – they’re gorgeously produced and beautifully laid out coffee table books.

Two tomes firmly on our wish list are Indoor Green and Urban Jungle. Both explore green homes around the world and their residents’ relationships with house plants, as well as extolling houseplants’ virtues as a full blown lifestyle choice. The books share crisp design and bright, fresh photography. 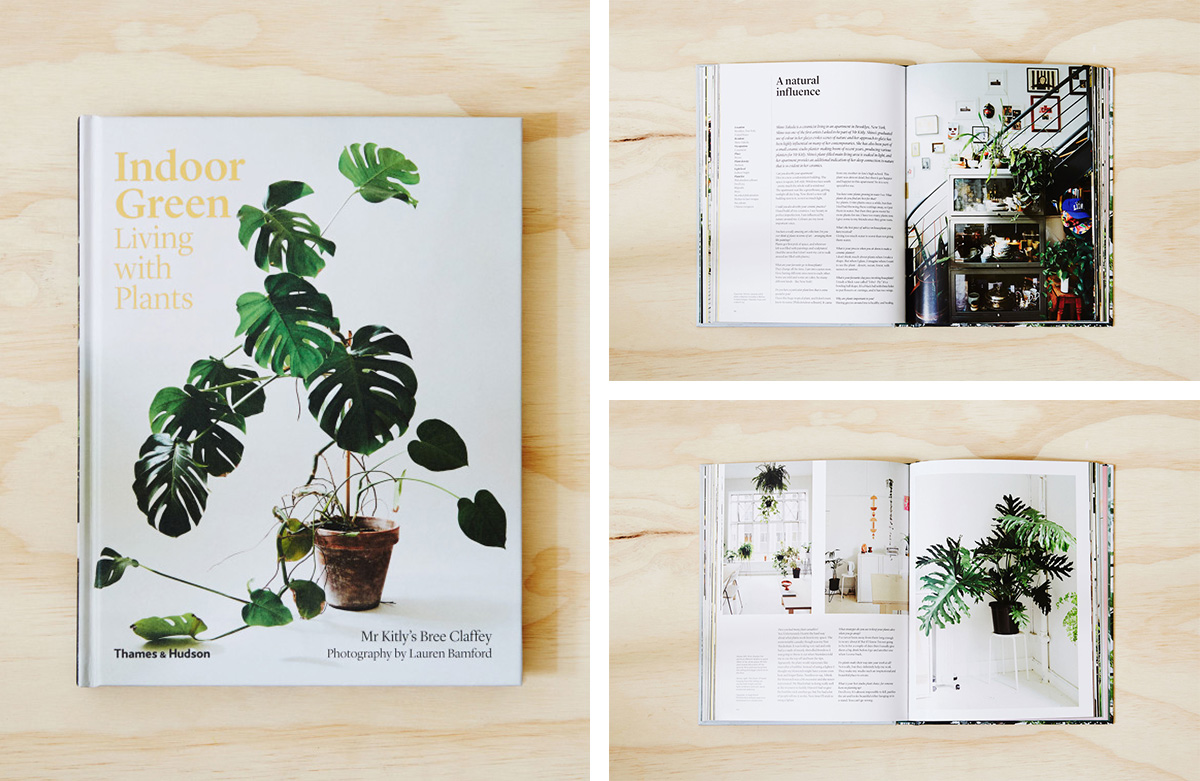 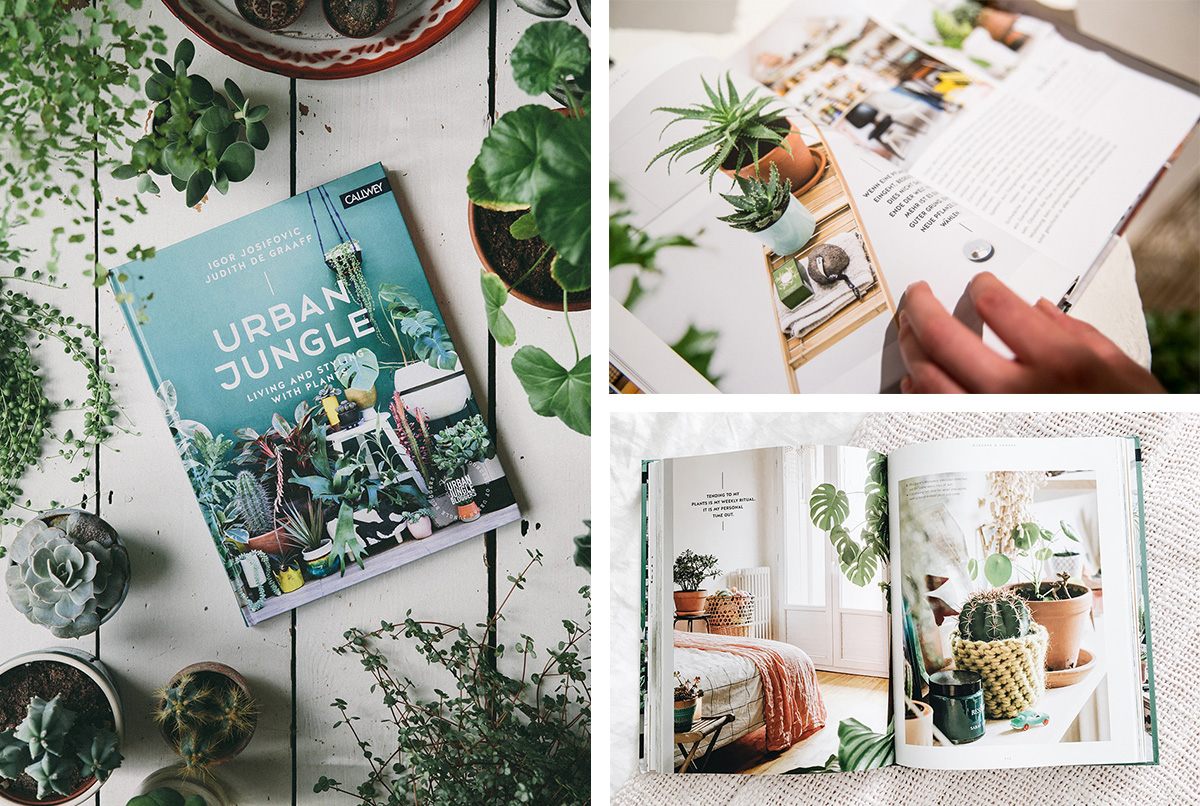 Rose and Caro, East London based plant stylists, released their first book, House of Plants, in November 2016, explaining, “we feel more and more people are seeing living with plants as a way of life and of encouraging a sense of wellbeing“. Again, the look and feel is airy, uplifting and very stylish. 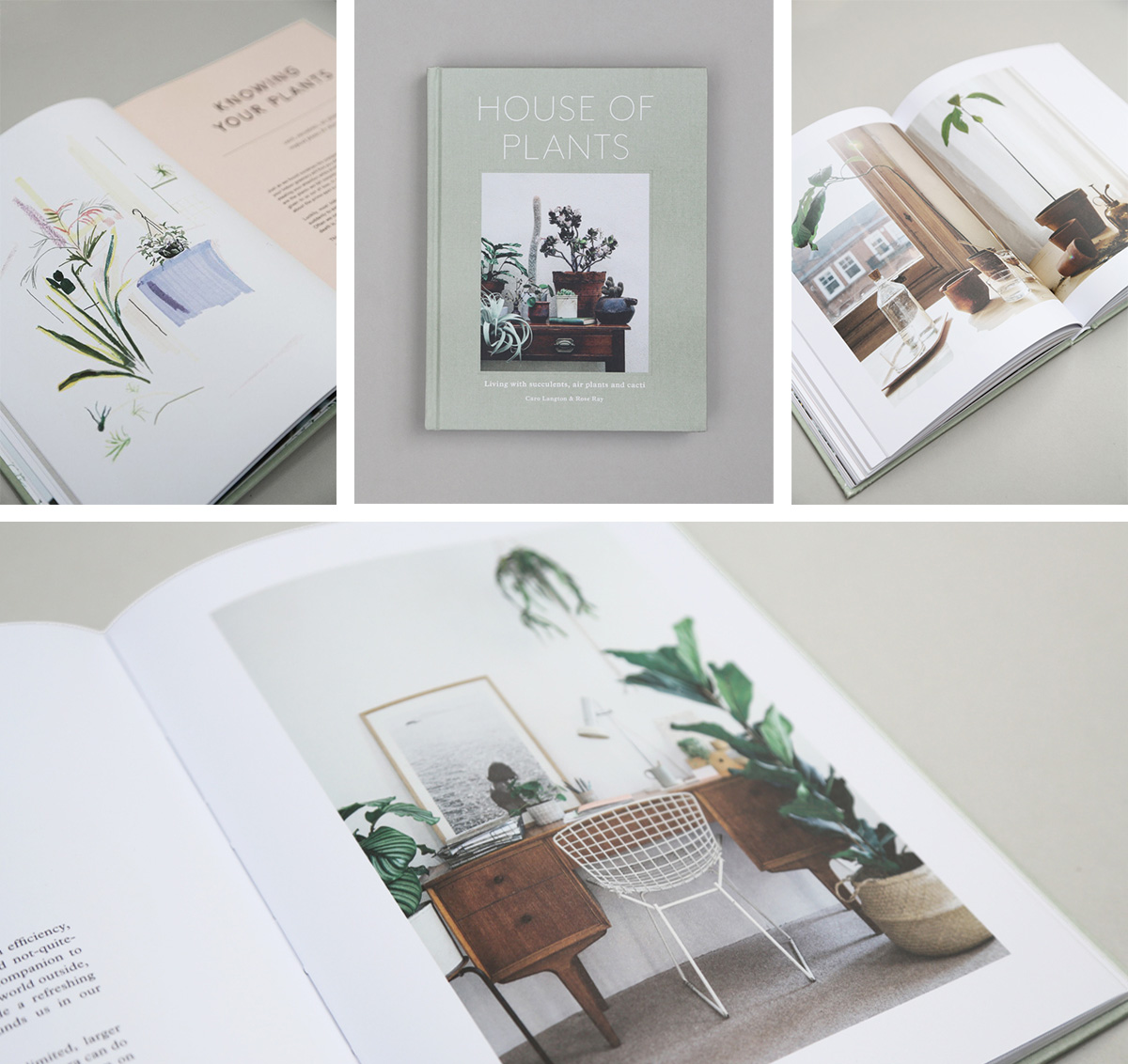 The perennial appeal of plants

So, why have houseplants become so popular again? Islington’s North One garden centre, who have experienced a ‘big increase’ in houseplant sales put it down to the ‘Instagram effect’; that whatever we see posted on social media, we will want for ourselves. Although, this explanation could be assigned to pretty much anything.

We think it could be a combination of many things, and we more wonder why levels of foliage-fixation haven’t always been as high.

Recently, houseplants have tied in perfectly with the 1970s comeback, as well as the current obsession with mid-century styling. Also, plants are incredibly photogenic, and, unfortunately for large swathes of the population, myself firmly included, photogenic things are the ultimate currency on social media – if your face isn’t up to it, maybe opt for a coffee and monstera leaf.

Filling your space with greenery also reflects the trend of embracing nature as a means to personal wellbeing, and a reaction to the increasingly urban and tech-driven world. Plants are more eco-friendly than cut flowers, and have the added benefit of filtering your air (made famous by NASA). If you’re into things like ‘clean’ eating then what could be better than also doing some clean breathing whilst you’re in your home, made into a sanctuary and antidote to ‘toxic’ modern living via foliage. With what’s gone down last year, with shock political happenings whose repercussions have barely begun, and too many lost heroes to comprehend, we need to create oases where we can.

Additionally, with more of us living in the city, and especially in rented flats, houseplants are a great way to have some living nature when you don’t have a garden and your landlord (and office hours) make having a pet a distant dream. Ikea has helped too; their irresistible prices and last-stop-before-the-tills location have made picking up a plant or ten an inevitable part of many people’s trips.

Houseplants also work well alongside increasingly popular ‘real’ things like record players and film cameras, as a reaction to our lives becoming intangible and digitalised.

With all these qualities, which tie in beautifully with so many of our trends and fixations of the day, it’s clear to see why so many brands are harnessing the feel-good aura of botanics and greenery – be it in their graphic design, shop dressing or ingredients list. We truly hope this is just the beginning and one day soon we’re all living in urban jungles – once you’ve seen Singapore’s magnificent Supertree Grove on Planet Earth II it’s hard to not dream big. 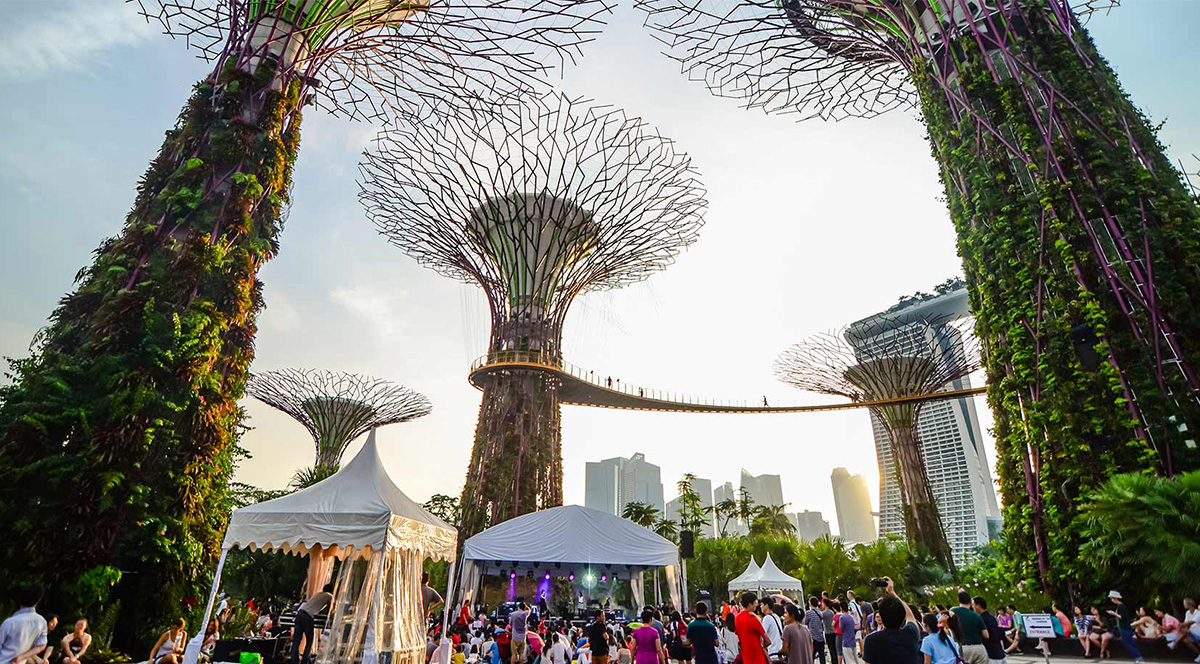